Sometimes you just need your dad to tell you that you did a good job. 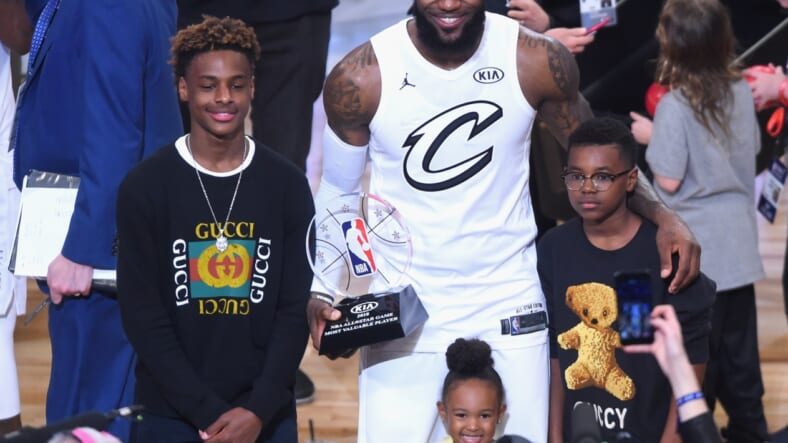 during the NBA All-Star Game 2018 at Staples Center on February 18, 2018 in Los Angeles, California.

This week Lebron James reminded us that he’s not just an amazing athlete but also a pretty great father. According to ESPN, Wednesday, the Los Angeles Laker superstar posted a video on his Instagram that highlights a moment when he pulled aside his 11-year-old son, Bryce, to give him words of advice after a youth basketball game.

“After my guy Bryce and his team came back to win a game they had no business winning I had a few words for him going forward,” King James wrote as a caption, along with the hashtags #PayitForward and #JamesGang.

—Gladys West is a hidden figure who helped develop the GPS—

In the clip, the 33-year-old informs his son that while he may not have scored as many points as he would have liked, he did his part to help his team win and there is real value in that.

“You get too down on yourself for no reason,” James points out to Bryce.

“You made three of the biggest plays of the game,” he continues, then quickly outlines how Bryce snagged an offensive rebound, made a key outlet pass and fired another pass for the game-winning bucket.

Some have expressed cynicism about the sincerity of the moment given that the sound clarity in the video clip makes it clear that James was either wearing a microphone or at least had one close by.

But as the Washington Post points out, “If he chose to share a clip that happens to make him look like a great dad, then sure, that might be seen as a bit self-aggrandizing, but again, it’s hard to quibble with someone using his wide-reaching platform to show an example of good parenting.”