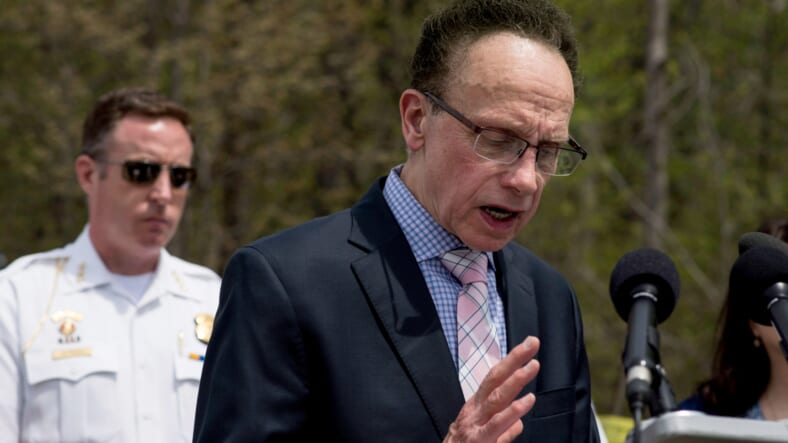 A Warren, Michigan Mayor is denying claims that he used the gay slur “f*g” in a disturbing tape recording that surfaced and says that it is fake, Deadline Detroit reports.

Warren Mayor Jim R. Fouts said that the recording that came to light on Tuesday is an attempt by his opponents to hinder his efforts to run again.

“I was a sent a copy of it, and it’s clearly more of the same,” he told the Free Press. “It’s another phony, manipulated, manufactured, out-of-context — it’s just a phony tape.”

Deadline Detroit reports that a former city employee made the tape while he was in Fouts office.

Here’s some of the audio:

This isn’t Fouts’ first time with being charged with making offensive comments.

In 2016, Macomb County Executive Mark Hackel allegedly recorded Fouts making insensitive comments against disabled people. In another tape, the mayor allegedly spoke ill about Black people, called them the n-word and compared them to chimpanzees.

In his defense, Fouts denies that it was his voice in the audio, making the crude comments.

He plans to run for another term in 2019. The Mayor originally took office in November 2007.

“Everything I focus on is serving and protecting the citizens of Warren,” he said. “I think we’re the most successful city in the metro area, and obviously, there (are) some people who like to detract from that, and that’s why they come up with the phony tapes. We’ve got an election coming up.”