Find out how this famous family celebrates the holidays. 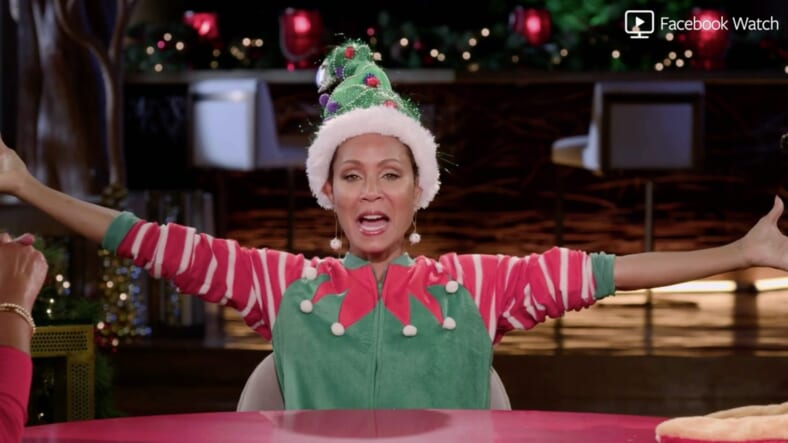 If you’re a fan of Red Table Talk then you’re in for an extra special treat just in time for Christmas. Next week’s episode features Jada Pinkett Smith and her daughter Willow Smith sharing how their famous family celebrates Christmas.

In the clip, Jada Pinkett Smith explains how much she loves to celebrate the holidays. “I just love Christmas. It’s my favorite time of year,” she says.

Her mother, Adrienne, shows off her super special holiday ensemble because dressing up is one of her favorite things about the season.

Expect to hear from all three generations of women as they get into the holiday spirit by sharing Smith family traditions, home videos, and their favorite holiday memories.

The ‘Christmas With the Smiths” episode of Red Table Talk is a lot lighter than recent episodes where Jada Pinkett Smith revealed dark moments including her battle with depression and drug use during a recent episode that featured rapper, Kid Cudi.

The subject of Cudi’s friend, Mac Miller, who died of a drug overdose in September, came up and she talked about how she related to his struggles.

“When I looked at his circumstances, I felt for him because I knew that could have been me, easily,” she said. “I was the same way. In my depression, using ecstasy, drinking a whole lot, you know, and smoking a bunch of weed and trying to just find some peace in my mind.”