The versatile character actor and director is ending a two-decade union to his wife Keisha, according to records 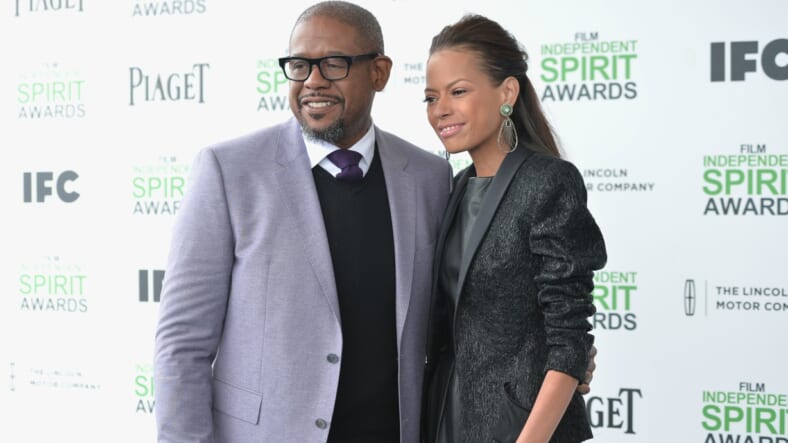 Oscar-winning actor and director Forest Whitaker is ending his 22-year marriage to his wife Keisha Nash Whitaker, according to documents obtained by PEOPLE.

READ MORE: ‘Overjoyed’ Jemele Hill ends rollercoaster year with a ring on it—

It’s a grand closing for a love affair that began more than two decades ago when Whitaker reportedly swept Keisha off her feet, she told the outlet in 1997.

“He is very honest and sensitive and romantic,” she shared at the time. “He swept me off my feet — not with material things, more like the way he displayed his emotions.”

According to court documents Whitaker filed on Thursday in his petition for divorce, the 57-year-old cited irreconcilable differences, the website reports.

On Christmas, the Black Panther star tweeted a message of joy that didn’t give any indication that any marital troubles were stirring.

Christmas is a celebration of solidarity – a time of the year when we are reminded that the bonds our families, friends, fellow citizens and beyond are based on sharing and bringing joy. #MerryChirstmas to you all! ?

Per the documents, Whitaker does not want the court to award spousal support to his wife and he wants each party pay for their own attorney’s fees.

The Whitakers met on a movie set in 1993. Keisha played his girlfriend in the movie Blown Away. They married in 1996 in Montego Bay Jamaica.

“It was basically more spiritual than traditional and sealed by a beautiful Apache marriage blessing,” she told In Style in 1996 about their wedding.

Whitaker’s turn in Black Panther earlier this year came on the heels of other big roles including playing South African archbishop Desmond Tutu in The Forgiven; and roles in Rogue One: A Star Wars Story; Sorry to Bother You; and a semi-regular role on Empire