The Greensboro, N.C., college must raise $5 million by Feb. 1 after the Southern Association of Colleges and Schools Commission on Colleges voted earlier this month to end the school's accreditation. 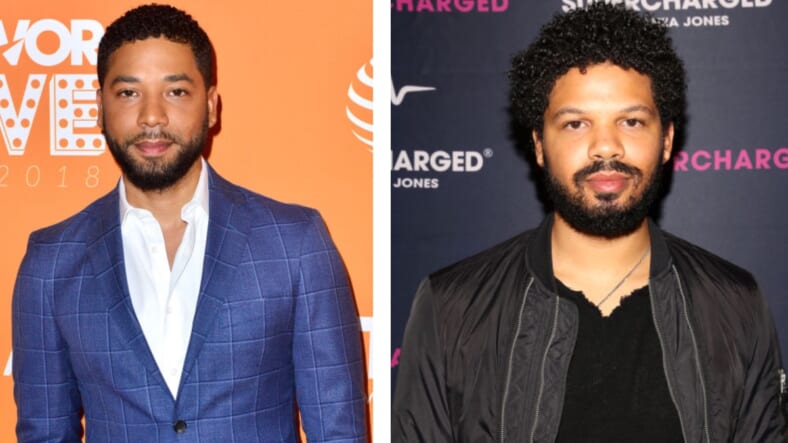 Brothers Jussie and Jake Smollett are taking it upon themselves to help save financially ailing HBCU Bennett College, according to The Hill.

In the 1930s we had 121 #HBCUs now we’re at 101. Don’t let us be down to 100 if #BennettCollege,who has made the education of black women a priority since 1926, closes its doors.The legacy must continue. Click/share @bennettcollege & Donate today #standwithbennett love&respect✊? pic.twitter.com/khYfxFKYW0

Empire star Jussie and actor and professional chef Jake have taken to social media to join the nationwide fide to save Bennett, which is based in Greensboro, N.C. The brothers posted a photo of themselves on social media wearing #StandWithBennett T-shirts to help spread awareness, according to Essence.

Actually, the current number is 100.

“Don’t let us be down to 100 if #BennettCollege, who has made the education of black women a priority since 1926, closes its doors,” Jussie posted on Dec. 21.

Commentator, economist and former Bennett president Julianne Malveaux said in an open letter to Black Press USA, that if the school can’t raise $5 million by Feb. 1, the school will lose its accreditation. So far, $1 million has been raised, according to The Hill.

“How has it come to this?” Malveaux wrote. “At Bennett, enrollment has dropped from the historic high I managed of 750 in 2009 to something under 500. Thanks to the efforts of the current president, Dr. Phyllis Worthy Dawkins, enrollment rose by 15 percent and by 26% with new students this year. That’s good, but we’ve got to be great. What’s great? Student enrollment of 800 or more. Great is, an endowment that is robust and unique academic programs. What’s great is the preservation of an amazing Black women’s history, a history that is too often swallowed.”

Bennett is one of two all-women HBCUs. The other is Spelman College in Atlanta.

“Black folks have more than $1.3 trillion in annual income,” Malveaux wrote. “Bennett College needs less than four-tenths of one percent of that. Come on, y’all. We can do this.”

Dr. Phyllis Worthy Dawkins, Bennett’s current president, is leading the fight to save the school.

“We look forward to working with partners who understand that their investment supports the education of deserving young women whose potential is only limited by the opportunities we give them,” Dawkins told Essence.