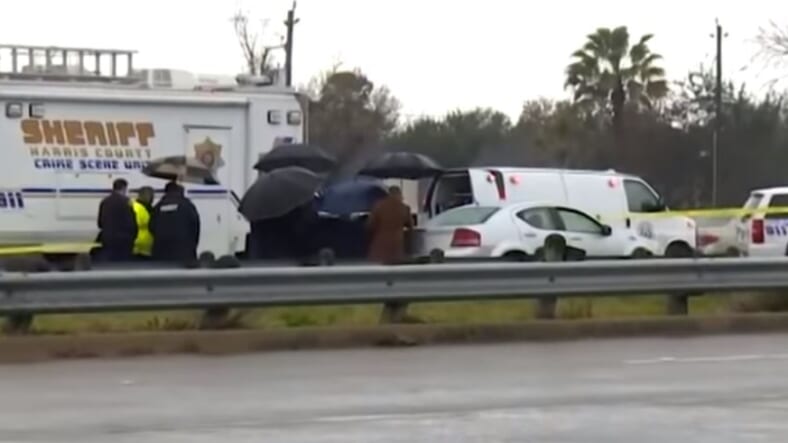 Police in Harris County, Texas are actively searching for a white gunman who fired into a car, killing a 7-year-old Black girl and wounding her mother as they were exiting a Houston-area Walmart parking lot, ABC 13 reports.

Harris County Sheriff Ed Gonzalez said in posts on social media  that Jazmine Barnes along with her mother 30-year-old LaPorsha Washington, as well as three teenage girls were in a car when the attack happened. The girls and Washington survived.

The suspect is still on the run in a red pickup truck that fled the scene. The authorities said they are still investigating and trying to determine if the shooting was random or targeted.

“Suspected shooter described as white male, 40s, a beard, driving a red truck. If you know anything please contact us asap. We need our communities help,” tweeted Gonzalez.

“Please keep this family in your prayers. A total of 5 occupants in the car witnessed this innocent child, their loved one, shot and killed before their eyes. So senseless. It’s never easy, and extra hard during the holiday season,” Gonzalez tweeted.

Heartbreaking weekend in Harris County. @HCSOTexas has investigated the following: a 2 year old & 17 year old dying from car crashes. And a 7 year old shooting victim. Gone to soon. May they Rest In Peace and the Lord bring comfort to the families #hounews #lesm

Sheriff’s Maj. Jesse Razo said the teenagers who were in the car are “shaken” and “devastated.”

“We’re going to use all resources available to bring this killer to justice,” Razo told reporters at the scene. “And I urge you, whoever did this, you know who you are, please turn yourself in now because we will be looking for you, we will locate you, we will find you.”

“Someone who does something like that will eventually talk about it, and we need anyone with information to come forward,” said Razo.