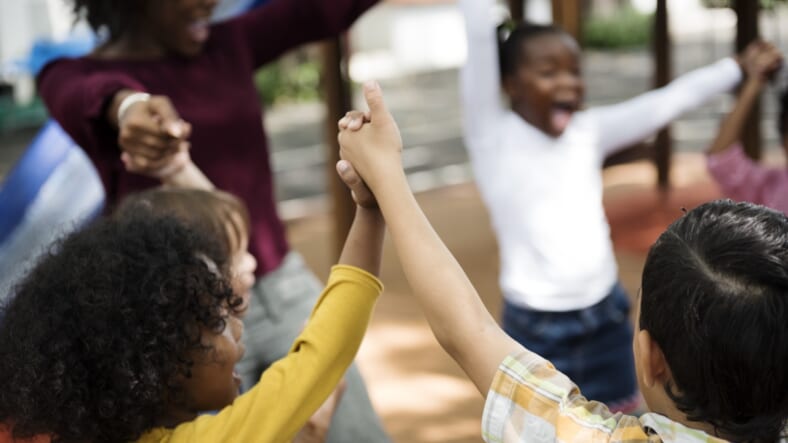 A mother with her own child at a North Philadelphia daycare center has apologized after accidentally posting a mean, fat-shaming video of a 2-year old. (AdobeStock Images)

A video was circulated on social media by mistake with an adult being heard bullying a 2-year-old girl about her weight at the child’s daycare facility, stunning many North Philadelphia parents, according to Yahoo.

“If you don’t get out of my face, with your big a**, what they need to do is stop feeding you,” the adult says to the toddler in the video.

Jennifer Ortiz, the 2-year-old child’s aunt, told local broadcast station, Fox 29 that she received the video on Instagram last month in early December. She said she was not aware of who filmed it, but she did recognize her niece, Auburey as the child being shamed at the Amazing Kidz Academy, LLC.

Come to find out, the woman heard in the video fat shaming Auburey is another parent who recorded the child and later apologized, calling it a “dumb mistake” she regrets and that her intention was to send the video as a private message to another mother at the daycare. Instead, she accidentally posted it to Instagram.

“It was nothing to hurt anyone or like anything bad towards the little girl. I really would like to apologize to her mother more because I am a mother, at the end of the day, and I couldn’t imagine anyone doing this to my son.”

Ortiz did not accept the apology, but, she does want the daycare to accept the responsibility for even allowing the woman to record Auburey.

“SMH this don’t make no sense nothing she saying matters you recorded an innocent baby something definitely needs to be done,” Ortiz wrote on Facebook. “Amazing kids of Academy daycare don’t have much to say but once again the recording came out of your building.”

Lisa Smith, Amazing Kidz Academy LLC co-owner, said in a statement to Fox 29 that she was “saddened to hear of the mean and senseless post on social media,” pointing out that the child wasn’t recorded by a staff member.”

“We intend to reach out to the family of the child and try to fix this matter so that they know how much we love and value all our little ones,” Smith further stated. “This will and must serve as a teachable moment for all of us, that what you say matters.”