A deranged man who attempted to force a Charlotte woman into a car was thwarted by a heroic Karate instructor on Thursday night. 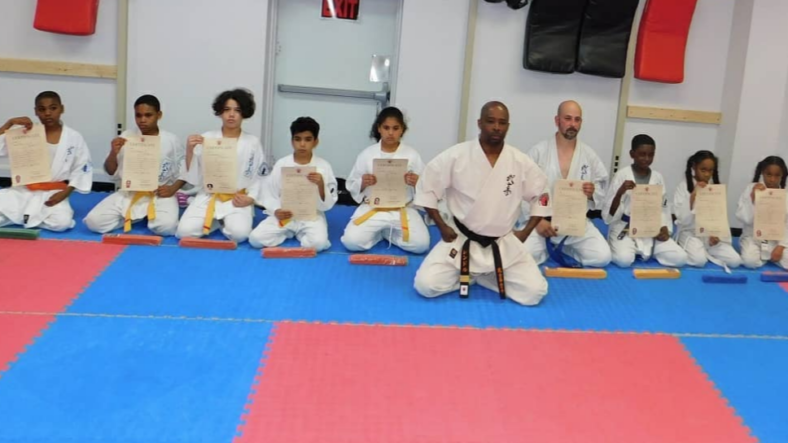 A deranged man who attempted to force a Charlotte woman into a car was thwarted by a heroic Karate instructor on Thursday night.

According to Charlotte ABC-affiliate WSOC, about 9 p.m. on Thursday, Randall Ephraim, the lead instructor at the Bushiken Karate Charlotte Dojo, was cleaning up the dojo when a woman rushed inside looking for help.

“There were still some kids in the dojo being picked up by parents and a couple of adult students cleaning up when a young lady came through our doors and stated that someone was trying to harm her,” Ephraim told CNN. “Shortly afterward, a big male entered the building. Not knowing what he wanted, I assumed he was inquiring about classes.”

“I asked how I could assist him and he stated that he was there for the lady,” he added. “She insisted that she did not know him and tried to kidnap her.”

Ephraim said he asked the man – later identified as 47-year-old August Williams –  to leave, but he said that he was not going anywhere. Bad move.

“He then tried to force himself further into the dojo, aggressively pushing and swinging,” Ephraim said. “I then went into action defending myself and got him out of the dojo. Once outside he attempted to attack again and was dealt with accordingly.”

Williams , who has been arrested multiple times for assault and drug offenses, was later taken into custody by police. But not before he was taken to the hospital with injuries from getting a lesson from Ephraim.

“It’s a great thing the people in there were able to help defend her, extremely lucky that it was a karate studio and usually you don’t see a suspect act like this,” Capt. J.D. Thomas of the Charlotte-Mecklenburg Police, said.