REVIEW: ‘Surviving R. Kelly’: the good, the bad, and the really, very ugly 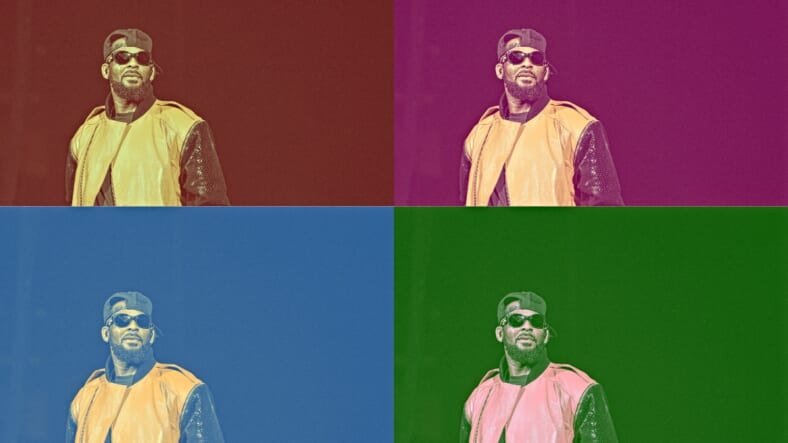 This first installment of dream hampton’s “Surviving R. Kelly” makes it clear that part of the cycle is a specific disregard for the victims themselves, and that the intersection of marginalized identities can make some victims more vulnerable than others. (Getty Images)

In the year since the accusations against Harvey Weinstein have been been made public, the resurgence of Tarana Burke’s #metoo movement has touched nearly every industry, from publishing to technology to politics. The music industry has somehow remained stubbornly immune. dream hampton’s new documentary Surviving R. Kelly, which aired its first installment on Thursday night on Lifetime, aims to change that by meticulously laying out the many, many, many cases against him.

As high profile allegations against popular artists like XXXTentacion, Fabolous and Trey Songz have become harder to avoid, their continued success is somewhat unsurprising given that music’s predatory Patient Zero aka R. Kelly has managed to deflect the horrific allegations of child sexual abuse against him for decades.

On the first of what is slated to be a three-night event, the documentary painstakingly details the ways in which famed R&B singer and producer R. Kelly was able to build a personal network of enablers who directly and indirectly helped him to prey on young, low-income, Black and brown women without consequence.

Through interviews with industry veterans in Surviving R. Kelly, clinical psychologists and Kelly’s own friends and family, the two hour segment marries Kelly’s personal history of abuse and exploitation with the first-person stories of the women who survived him, painting a crystal clear picture of a neglected victim who reclaimed his own lost power by stealing it from Black girls and victimizing them in turn.

Beginning with heartbreaking accounts establishing Kelly’s early childhood struggles and abuse, the doc details how a shy, bullied child found his talent in music, and with it, his confidence. The documentary’s participants all mention their awe at R. Kelly’s skill as a musician and producer; the label of “genius” attached to him early, as did his industry success. His accolades actually served as a shield with which he could deflect concerns about his inappropriate interest in young girls.

Fame was considered a reasonable trade for their young innocence, and their pursuit of it was seen as making these young women somehow culpable in what came next.

Touching on his infamous marriage to singer Aaliyah, and subsequent marriage to dancer Andrea Lee, hampton takes great care to showcase Kelly’s many survivors in a way that is frank, but non-judgmental. The stories of these women are chilling in their outrageousness; it seems almost impossible that one man could have gotten away with such damaging behavior for so long.

Interviews with former staff and collaborators, however, demonstrate that there was never any investment in reigning in or condemning Kelly’s worst instincts. Demetrius Smith, Kelly’s former manager and personal assistant admitted to scouting young girls at local malls to meet the singer, and to forging documents so that he could illegally marry Aaliyah. He claims to have been “disappointed” when Kelly finally admitted to a relationship with her. Producer Craig Williams repeatedly mentioned that he didn’t check the IDs of the girls he found in Kelly’s company; plausible deniability gave him the out he needed to avoid stepping in.

The trauma left in Kelly’s wake is evident in the people who are still coping with his influence on their lives. It is not simply that Kelly abused women and girls, but that he made others complicit in his crimes by “using the promise of a career as a lure” according to journalist Toure. With his notoriety and established record of success, the girls who entered his orbit all felt as though the risk was worth the reward, only to find themselves consumed by the whims of a controlling man who dictated every aspect of their lives, and made them active participants in each other’s degradation.

Though many continue to argue that R. Kelly’s art should be considered separately from his well-documented personal failings, his own discography makes this impossible. As backup singer Jovante Cunningham pointed out, many of his songs were about real, young women in his circle; art imitating life and back round again.

There is a reason the adage goes “hurt people, hurt people.” Cycles of abuse are insidious, deeply ingrained and hard to break. But what this first installment of Surviving R. Kelly makes clear is that part of that cycle is a specific disregard for the victims themselves, and that the intersection of marginalized identities can make some victims more vulnerable than others.

As Mikki Kendall, co-founder of Hood Feminist said, “Everyone knew what he was doing, they just didn’t care because they were Black girls.”

Cate Young is a freelance writer based in Trinidad and Tobago and the creator of BattyMamzelle; a feminist pop culture blog focused on film, television, music and critical commentary on media representation. Come back each day for her comments on “Surviving R. Kelly.”