Cook County State’s Attorney Kim Foxx said Tuesday that her office has been in touch with families who say relatives are being held captive by the singer. 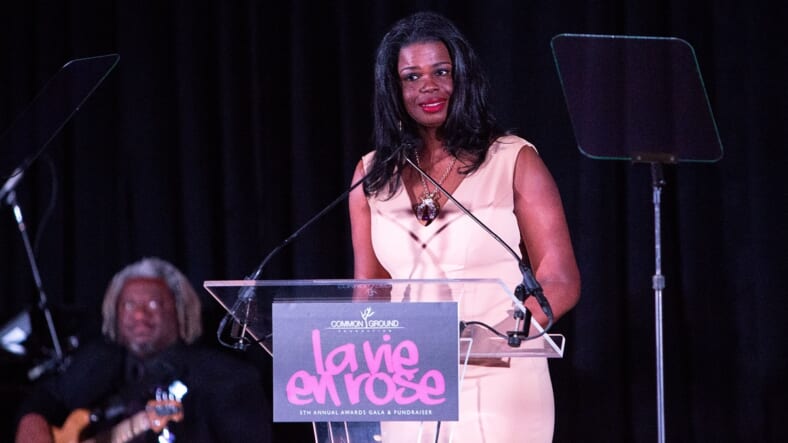 Just days after Lifetime aired a scathing docuseries about unchecked sex abuse by R. Kelly at his home in Chicago, the city’s top prosecutor said Tuesday that she has been in touch with families who claim the singer is holding their loved ones captive.

During an afternoon news conference at her downtown office, Cook County State’s Attorney Kim Foxx said she was sickened by the by the accounts described in the series, Surviving R. Kelly, but noted that she cannot begin an investigation without cooperating victims and witnesses, the Chicago Sun-Times reported. She called on victims to come forward.

“We cannot seek justice without you,” she continued, according to the news outlet. “We need actual witnesses and victims to have the courage to tell their stories.”

Foxx has not been in touch with Kelly, but his attorney, Steve Greenberg, complained that she should not give credence to “reality TV allegations.”

Foxx’s announcement came on the same day that Georgia law enforcement officials launched a criminal probe into allegations made against the singer in the docuseries, according to TMZ, which broke the news.

Sources connected to the case told TMZ that the Fulton County District Attorney’s Office in Atlanta has opened an investigation into allegations made against the singer in “Surviving R. Kelly.”

Investigators have reportedly been reaching out to survivors featured in the Lifetime project that was executive produced by dream hampton.

TMZ confirmed investigators reached out to Asante McGee, one of the women who escaped R. Kelly’s home. The attorney for Joycelyn Savage‘s family has also reportedly been speaking to investigators.

Despite decades of allegations of sexual abuse levied against the superstar, the music  world and his fans have continued to celebrate the controversial singer—and downloads of his tracks have increased as well.

After the Lifetime series aired last week with heartbreaking testimonies from women detailing vicious beatings and sexual abuse, TMZ reported that the embattled R&B singer planned to “expose” his accusers on a new website called SurvivingLies.com.

Monday afternoon, a Facebook page with the same name was launched and quickly removed by the social media company.