The claim is that Reid is biased against Trump supporters in the red MAGA hats, which have made appearances in white supremacist circles. 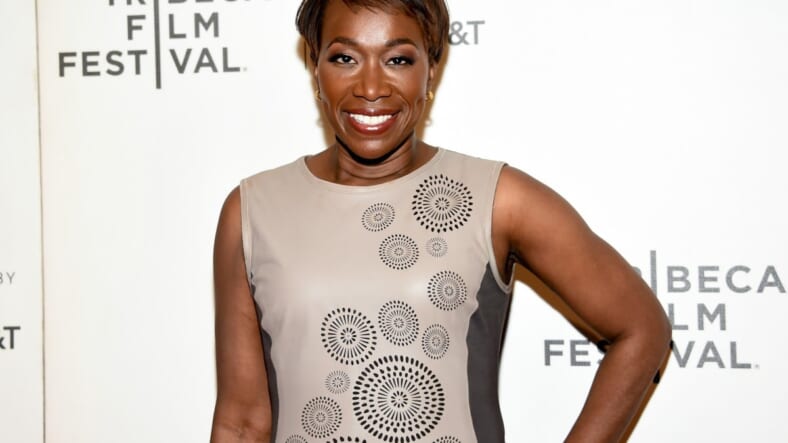 An angry Trump supporter is asking a federal judge to allow a deposition for MSNBC host Joy Reid, so she could testify about personal bias and animus toward Donald Trump and his supporters, according to The Hollywood Reporter.

The supporter, Roslyn La Liberte, filed a defamation suit against Reid in November after the talk show host retweeted a post to her 1.2 million followers. As a result, La Liberte claims the post went viral, bearing an image of her sporting a MAGA hat while appearing to shout at a 14-year-old Hispanic boy during a city council meeting in June in Simi Valley, Calif.

On Twitter, people accused her of calling the student a “dirty Mexican,” telling him, “You are going to be the first deported.”

La Liberte claims that the photo was taken out of context and oddly singled out Reid for inciting hatred toward her. Reid’s attorneys argue the lawsuit fails because La Liberte has not shown actual malice—a requirement in most defamation cases—and that the statements at issue represented non-actionable opinion, which is protected under the First Amendment.

Reid’s attorneys are invoking California’s anti-SLAPP statute, a law designed to curtail frivolous legal actions targeting First Amendment protected activity. A judge would look at La Liberte’s complaint, and if it arises from free speech activity on a matter of public interest, it’s up to her to demonstrate a probability of prevailing on the merits of her claims.

It’s a statute designed to shield defendants in First Amendment cases from nuisance. La Liberte is being represented by the L. Lin Wood’s firm, who are aggressively attacking the use of state SLAPP procedure in federal courts.

“Although actual malice is a standard that may be met through the presentation of circumstantial objective evidence, it requires an inquiry into facts relevant to the subjective state of mind of Reid,” G. Taylor Wilson, an attorney at the Wood’s firm, said in court documents. “La Liberte seeks permission to propound no more than five targeted document requests, followed by a one-day deposition of Reid solely on the issue of actual malice.”

Why would they need to depose Reid? According to Wilson, to prove that she has a bias against MAGA hats.

The assertion is that Reid is biased against Trump supporters in the red MAGA hats, which have made appearances in white supremacist circles, hate crimes, on numerous white nationalist websites, and become synonymous with racism and bigotry—and is falsely branding that group of people as racist.