The 21-year-old rapper tweeted she was "about to commit suicide" on Monday night. 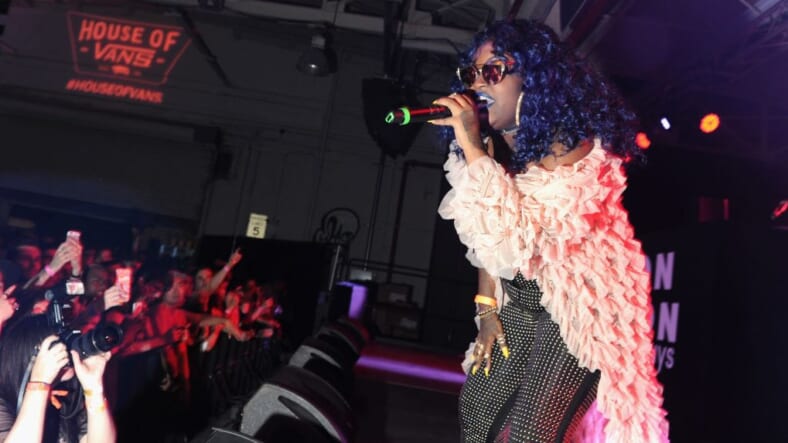 CupcakKe fans can breathe easy now that the Chicago-based rapper is doing better after a suicide scare.

The 21-year old whose real name is Elizabeth Eden Harris is speaking out about seeking help after she tweeted that she was “about to commit suicide” on Monday night.

She was hospitalized shortly after she sent out the scary social media message and now she’s assuring fans that she is on the mend.

“I’ve been fighting with depression for the longest ..sorry that I did it public last night but I’m ok,” she posted on Twitter. “.I went to the hospital & im finally getting the help that I need to get through , be happy , & deliver great music . thanks for all the prayers but please don’t worry bout me”

How Black parents can start the hard, but necessary, conversation about suicide prevention with young children

CupcakKe also thanked the public for their concern in a now-deleted tweet.

“Thank you for everything y’all have done for me…I really appreciate it,” she wrote.

Mental health is a serious issue that is rarely tackled in the Black community and we’re glad to hear that this beauty is getting treatment for her depression.

More celebrities have been opening up about their struggles with anxiety, depression, and other mental health issues lately including Michelle Williams, Deion Sanders, and Jada Pinkett Smith, among others. The more we foster a dialogue about what we are going through, the more we can do to keep each other safe.