How Black parents can start the hard, but necessary, conversation about suicide prevention with young children 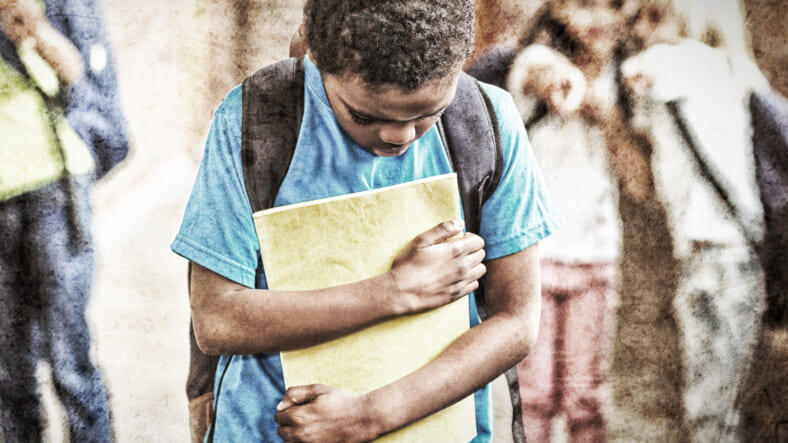 The suicide rate of Black children ages 5-11 has doubled over the past generation. Look for the warning signs in your child before it’s too late.

In August of this year, Leia Pierce found her 9-year old son, Jamel Myles, dead in their Denver, Colorado home. Myles, who came out to his mother as gay earlier in the summer, told his classmates about his sexual orientation, but was then bullied relentlessly for his revelation. Four days after the start of the school year and overwhelmed by the incessant teasing, Myles committed suicide.

Pierce said that her son told his oldest sister that the children at school told him to kill himself. Almost two months later, 9-year old Madison “Maddie” Whittsett, was found by her parents dead, after she hanged herself in the bedroom closet in their home in Birmingham, Alabama. Whittsett was also a victim of bullying by her fellow fourth-grade peers, which her parents believe was the unfortunate catalyst that led her to kill herself.

Most recently in December, 9-year old McKenzie Adams, became the third child to make headlines after committing suicide. Adams was found by her grandmother dead in their home outside of Montgomery, Alabama. Sadly, just like Whittsett, Adams hanged herself and tragically, just like the others, she too was a victim of bullying.

Unfortunately, all of these tragic stories highlight a troubling and raging epidemic of suicide among Black adolescents. The suicide rate of Black children ages 5-11 has doubled over the past generation, according to a 2015 study. While research has shown that one child under the age of 13 in the United States dies of suicide nearly every five days, the rate of suicide is twice as high for Black children in that age group than it is for White children.

In fact, suicide is the third leading cause of death among all Black youth ages 10-19. Data also shows that incarcerated youth commit suicide two to three times higher than youth in the general populous. Other contributing factors to suicide among Black adolescents include poverty, lack of access to mental health, bullying or teasing, substance abuse, and racial discrimination.

In an effort to help parents navigate a conversation around suicide and suicide prevention, The Grio spoke to leading expert and researcher on child and adolescent mental health services, Dr. Michael A. Lindsey, who the executive director of the McSilver Institute for Poverty and Policy and Research at New York University. Lindsey explains how parents can start the talk with their children and how to identify the critical warning signs of suicidal behavior.

TheGrio: What are the warning signs of suicidal ideation/thoughts and what to do when those signs are present?
Dr. Michael Lindsey: It is very nuanced in the way that youth tend to exhibit symptoms of depression, which may be precursor to suicide or just a general not feeling well emotionally from the standpoint of thinking about engaging in self-harm behaviors. I tell parents that warning signs are frequent complaints from their children about their head or stomach hurting. I tell teachers to look out for the student who comes into class and puts his or her head down or at some point during the class session, will ask to go to the nurse’s office because she or he has  a stomachache. 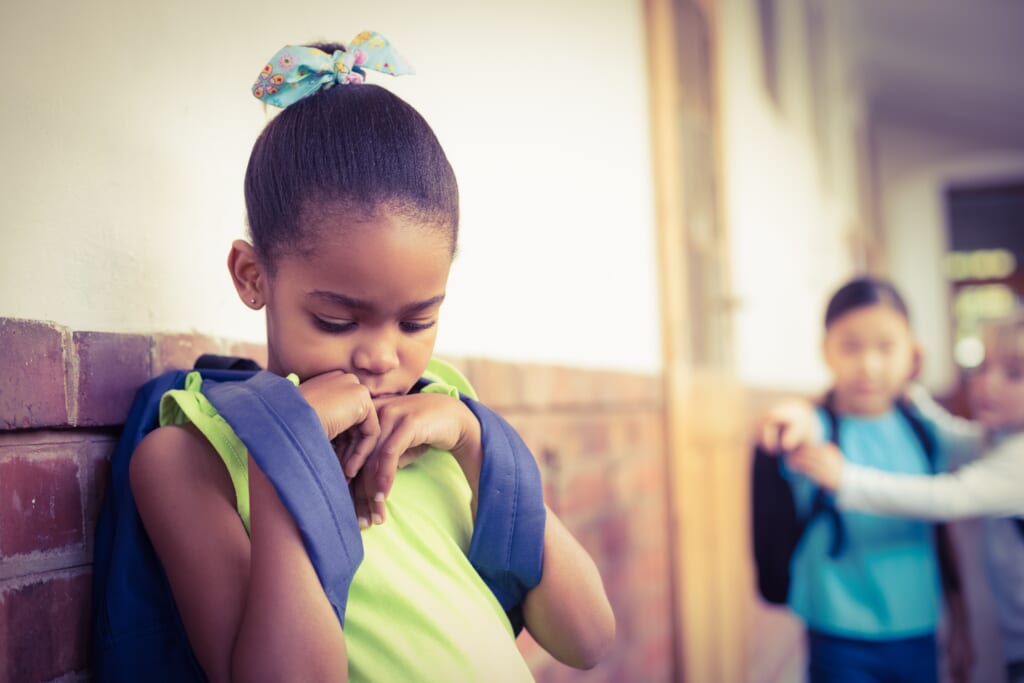 Dr. Michael Lindsey says parents should be aware “if a child is usually happy or happy-go-lucky and, all of a sudden, you see a change in their demeanor to being sad or not really talking a lot.” (Photo- Adobe Stock Images)

Also, increased irritability, anger or hostility tends to mask some internal pain that might be happening. For example, I have had youth who were upset about a parent not being around or sudden death or loss of a parent due to incarceration.

TheGrio: How can you tell if it’s more than just a stomachache?
Dr. Michael Lindsey: The thing that is really very critical is to observe a striking difference in function. If a child is usually happy or happy-go-lucky and, all of a sudden, you see a change in their demeanor to being sad or not really talking a lot. Sometimes, you see a striking difference in the way children are performing in school or their willingness to do chores around the house. They may not want to do anything and complain of boredom. The other important sign is over-excessive sleeping — not wanting to get up in the morning or coming home and going straight to sleep. Sometimes, they cannot sleep and have a hard time resting or relaxing. Overeating and under-eating are also some coping mechanisms.

TheGrio: How should parents address their children if they recognize these signs?
Dr. Michael Lindsey: Parents should have an open line of communication with their children about any and everything to the extent that if a child is suddenly suffering from one of these warning signs, that parent should be able to have a direct conversation about it. I advise parents to constantly check-in with their kids about how they are feeling.

READ MORE: Parents outraged after racist bully targets daughter at Christian school ‘He said he would sell me into slavery

Lets just say my child came home to me and said, ‘Somebody is picking on me in school’ or ‘I’m being bullied’ or ‘I don’t get along with the teacher and the teacher has it out to get me,’ the immediate response is typically to want to intervene and go do something about those issues. Instead, I tell families and parents to stop and ask their children how do these situations make them feel. In addition to intervention, we often do not stop, pause and take stock in how our children are feeling.

TheGrio: Why are Black adolescents, particularly Black males, suffering in these ways?
Dr. Michael Lindsey: Between 1999 and 2015, 76 percent of the suicides among children, particularly Black children, between the ages of 5-12 years old, were males. This suicidality between that age group is certainly a male phenomenon and can be attributed to a number of things. 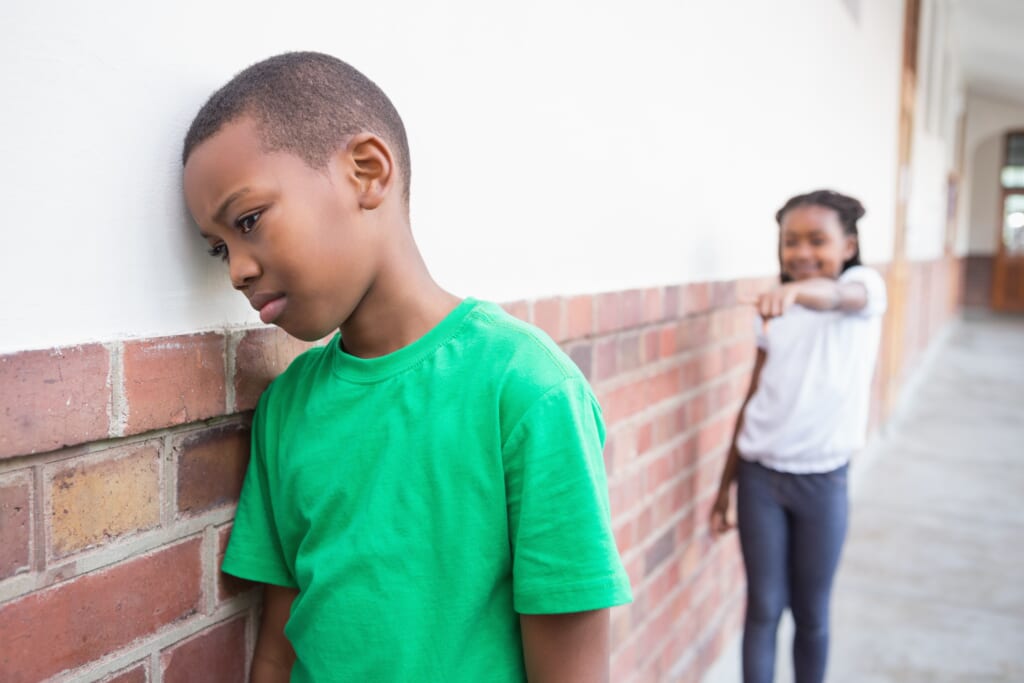 In Black boys, “the pain turns inward which is what we see in terms of the rising rates of suicide.” (photo- Adobe Stock Images)

We socialize boys “not to cry,” “to man up” and to “be strong.” For boys, when you blunt their emotional expressions and their ability to articulate their emotional pain, that pain ultimately has to go somewhere; it will eventually just explode.

Typically, what we see is [this pain] is either externalized to someone else, which is why in schools we see a number of Black and Brown boys being suspended at disproportionate rates than any other group—that pain has turned external. Or the pain turns inward which is what we see in terms of the rising rates of suicide.

TheGrio: What needs to happen to truly begin to address these systemic issues?
Dr. Michael Lindsey: There is a national movement around restorative justice practices, which is happening in all kinds of jurisdictions around the country. This national restorative justice movement is re-examining the way we address behaviors in schools. It is a direct response to the overuse of suspensions and expulsions. Instead of punitive responses, through the prism of restorative justice, there is a push for social-emotional check-ins and meditation in schools. There are more effective ways to intervene and address these issues.

Data bears out that the overuse of suspension and expulsion has also led to the school-to-prison pipeline. What we have been advocating for is “mental health first aid,” where everybody in the schools—not just the teachers, but also the janitors and the administrative support staff—are all trained on the signs and symptoms of mental health issues. This is needed so we can think differently about how we address these behaviors and to look at mental health issues from a treatment-opportunity intervention instead of through legislative, punitive responses.”

TheGrio: Why are you calling for a national task force around Black adolescents and suicide prevention?
Dr. Michael Lindsey: There is a dearth of information about this troubling trend of suicidality among Black children, particularly Black boys. I have been calling for this national task force to help raise awareness and to direct resources toward research and solutions, including providing guidance that educators, school personnel, family members and anybody that works in spaces and places where Black boys are, can use to spot suicidality in Black children. We must start addressing these issues before it happens.

We also need to bring greater attention to bullying in the context of how psychologically damaging and destructive it can be to one’s psyche in terms of leading to engagement in suicidal behavior. We want to bring greater awareness not only through education, but also through policy so that all schools are equipped with mental health providers who are proportionate to the number of youth in schools.