WATCH: Michael B. Jordan and Chadwick Boseman on the power of ‘Black Panther’ 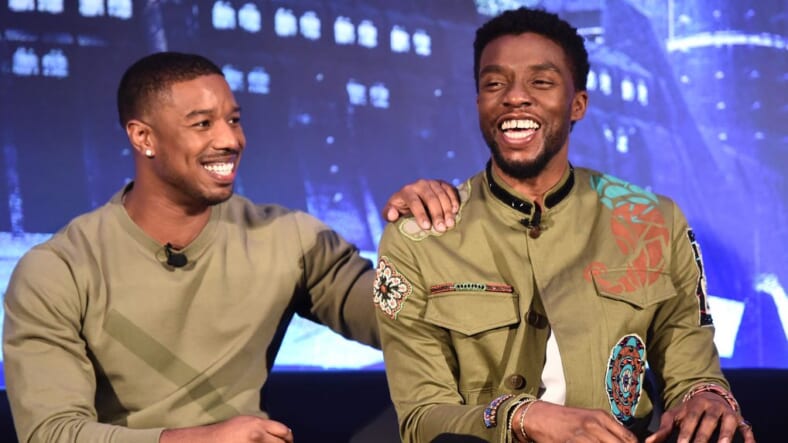 Black Panther may have gone home empty-handed at the Golden Globes but there is still ton of time for the film that changed Hollywood to win big at the Oscars. The film’s two stars, Michael B. Jordan and Chadwick Boseman weighed in on how they think the record-breaking blockbuster will do on Hollywood’s biggest night during a recent interview with TheWrap.

“Honestly, I think this movie was something that was such a labor of love for all of us and so I think the awards and accolades that come with it is just extra. It’s a beautiful thing to watch happen,” Boseman says in the video interview.

Will the Oprah effect help ‘Black Panther’ secure a win at the Academy Awards?

Boseman and Michael B. Jordan explained how the film’s director, Ryan Coogler, made such an impact.

“I feel like there’s a certain unapologetic nature to him. He’s extremely grounded and real,” explains Jordan. “His filter for cheese is so strong that you only get realness out of every moment, you know? It has to be extremely authentic.”

Boseman had tons of praise for the director as well.

“And fundamentally, he has a lot of patience, and a very broad bandwidth for pressure. He’s willing to make the higher-ups feel uncomfortable to get something that he wants. There’s not a lot of people who can deal with that, who can say, “OK, I know what you’re saying, but here’s what we need to do right now.” ‘Cause he’s sure that this cave that he’s mining has gold or diamonds in there, and he’s not gonna stop just because you think we got it,” he says. “He’s still using all the resources and all of the wisdom that people bring to the table, because there’s a lot of great people around who’ve been doing these jobs on a lot of movies. And he’s willing to soak up a lot of that and learn. But what he knows, he knows.”

The actors spoke about the impact Black Panther has had on the world and how it feels to be a part of such a game-changing project.

“It’s so hard when you’re making a film to feel the impact. But when we were making it, we did know that we can’t mess this one up. We knew it had a lot riding on it. Not for the sake of attention or getting praise for the project, we just knew what it meant for a lot of people,” explains Michael B. Jordan. “Even now, it’s early to really say what the impact is going to be. But I feel like it’s made an impact on representation, on kids able to see themselves on screen in a bigger-than-life, powerful type of way.”

Chadwick Boseman knows the film has also had a profound affect on how Hollywood views Black films.

Check out the full interview: