Will the Oprah effect help ‘Black Panther’ secure a win at the Academy Awards? 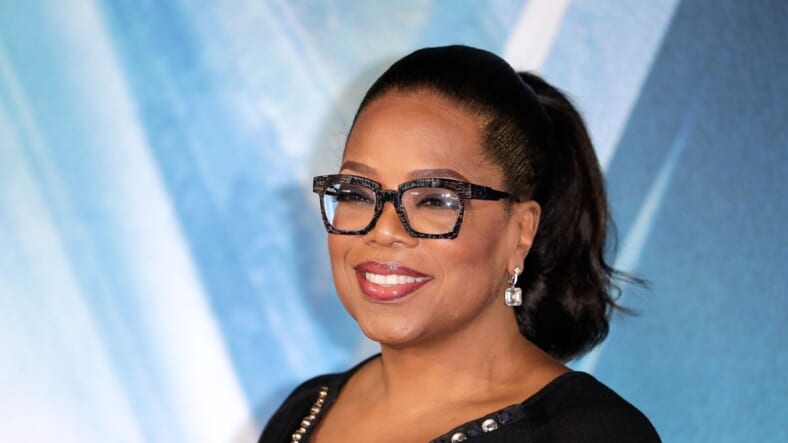 Oprah Winfrey took the mic on Monday night at the London West Hollywood hotel, and in case there was some confusion ahead of the Academy Awards about one of the biggest, blackest movies of all time, she let a captive audience of 100 of its members know that Black Panther was larger than life.

Winfrey, in front of an audience of more than 100 members of the Academy of Motion Picture Arts and Sciences, threw her support publicly behind the blockbuster, which could be up for best picture, according to The Hollywood Reporter.

Along with Winfrey, Disney chief Bob Iger and Black Panther cast members, were in attendance to stump for the record-breaking movie that became a cultural phenomenon.

“I just wanted to say that when I first saw Black Panther, I sent an email to my friend Bobby and said, ‘Hi Bobby! Just saw it. It’s worth everything I’ve heard and more. A phenomenon in every way, on every level. Makes me tear up to think that little black children will grow up with ‘Wakanda forever.’ It’s game-changing, it’s pride-making, it’s dazzling, it’s phenomenal.’ That was my personal review,” Winfrey said.

“I also know that throngs and throngs and so many people came, and came with their families, and then they went back and they got more family members, and then they went back and told their coworkers and their friends, because everybody recognized that something bigger than a movie was happening up on that screen. We all knew — those of us who have come from the culture and the history — how lit it was. It just gave us life! It gave us life! But it was so affirming for everyone who saw it because you knew that it was bigger than this moment — it was a cultural happening — and just to be in the theater was to be a part of all of that.”

In closing, she added: “None of that could have happened without one man. You know, no matter how many thousands of people there are at Disney, the bottom line is, if he doesn’t say ‘yes,’ it doesn’t happen. I have admired and been a friend of Bob Iger’s for a very long time, and am just so respectful of his leadership. And I know that this happened the way it happened because of his leadership, because he had the good sense to hire Ryan Coogler. And then to let him execute his vision. So we are thankful to you, Mr. Iger, for that.”