In a #FlyingWhileBlack incident in St. Louis, a woman describes being bothered for nearly a half hour by a white woman who seemed to be mentally disturbed 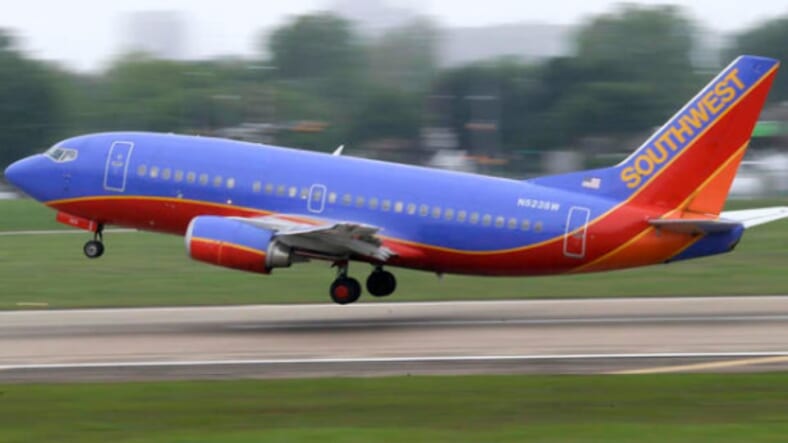 A Black woman who was seen in a video being bothered by a seemingly incoherent white woman while standing in line at a St. Louis airport is explaining what she experienced in the now-viral footage.

Na’Kesha Danyel Smith, told Yahoo! News about the 22-minute video where she was hounded by a woman back in October at the St. Louis Lambert International Airport who she believes targeted her because of her skin color.

The woman stands near Smith who is in line and waiting to board a Southwest Airlines flight while talking to another passenger. The woman interrupts their conversation and begins to aggravate Smith, telling her over and over and over again to sit down in various seats in the airport.

“This woman just walked up to us and said, ‘Sit down,’” Smith tells Yahoo Lifestyle. “I was like, ‘Who is she talking to? I am 45 years old. No one has told me to sit down in decades.’”

“I and the gentleman were the only two black people in the area, so I wasn’t sure where this would lead,” she tells the outlet.

Smith asked the woman to go away to no avail.

“It’s amazing how our conversation… is only bothering you.”

“This is white privilege,” said Smith.

Eventually a security guard ordered the woman to stop but she continued.

“There are so many seats!” the woman said.

Security finally came along and escorted the woman away.

“I don’t know whether this woman had a mental illness or [if] it was racial profiling because we were the only black people in line,” Smith said. “But her white privilege made her think she could ask me to move, for whatever reason.”

Smith said the man she talked to in the video helped her to stay centered.

“He helped by telling me to focus on him,” she said. “He’s military, so he’s used to people screaming at him.”

“The worst part, is, aside from the man — who was my guardian angel — and the female security guard who apologized to me, no one defended me,” Smith told the outlet. “I was the victim, yet people were telling me I should make sure the woman was OK and that she didn’t miss her flight?”

Smith is a YouTube vlogger and a doula who was on her way to help her friend deliver a baby in New Jersey.

“[As a black woman], I don’t go anywhere without my fully charged cellphone and a battery pack in my purse,” Smith said. “I’ve also had to speak to my children about getting singled out in public in ways that white people may not.”

A Southwest Airlines spokesperson send a statement to Yahoo Lifestyle saying: “We were disheartened to watch the video and learn of the mistreatment of these customers by another passenger. Our employees intervened to offer assistance and diffuse the situation in a calm and professional manner, and they asked local law enforcement officers to become involved. The passenger who instigated the incident refused to cooperate, and she was eventually escorted from the airport by local law enforcement.