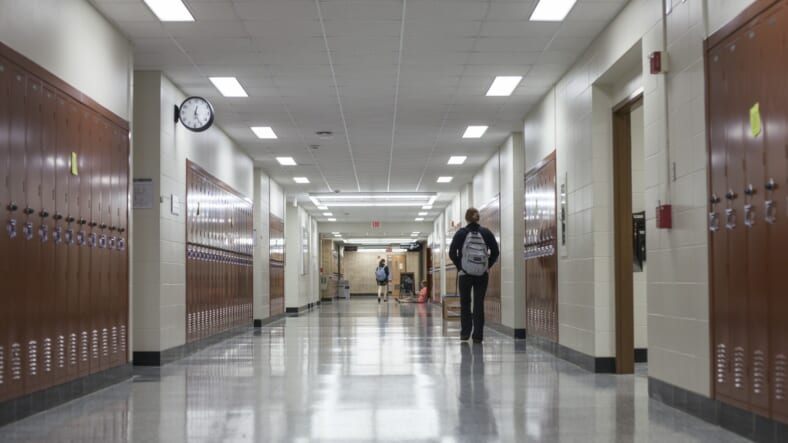 A high school guidance counselor in Maryland has been arrested and accused of committing several egregious sex crimes against minors including rape and soliciting child pornography, according to PEOPLE.

Mitchell, of Fruitland, Md., was a guidance counselor at James M. Bennett High School and was arrested on Friday for alleged “multiple instances of misconduct with minors, to include the criminal use of social media applications,” according to the release.

According to local USA Today affiliate DelmarvaNow.com, Mitchell is being held without bond because of the severity of the crimes against kids.

Dr. Donna Hanlin, Superintendent of Wicomico County Public Schools, told PEOPLE in a statement: that the district is working cooperatively with authorities in the investigation. He has been placed on administrative leave.

“This morning we were notified by the State’s Attorney’s Office that Allen Mitchell, a guidance counselor at James M. Bennett High School, has been arrested on numerous charges involving minors. Mitchell had previously been placed on administrative leave pending the outcome of the criminal investigation. Wicomico County Public Schools is working in full cooperation with the State’s Attorney’s Office and with law enforcement on this matter,” Haulin said.

“Our first priority is always the safety and well-being of our students and staff,” the statement continued.

“Also, in accordance with our ‘See Something, Say Something’ message, any person with information related to this matter is asked to contact the Wicomico County Child Advocacy Center or the Salisbury Police Department,” continued Hanlin.

Mitchell reportedly appeared in court on Monday before a judge, according to local station WBOC-16.