Feeling for the College Football Playoff winners, the Good Morning America host, and fellow football player, said they need more than just the fast food they got at the White House 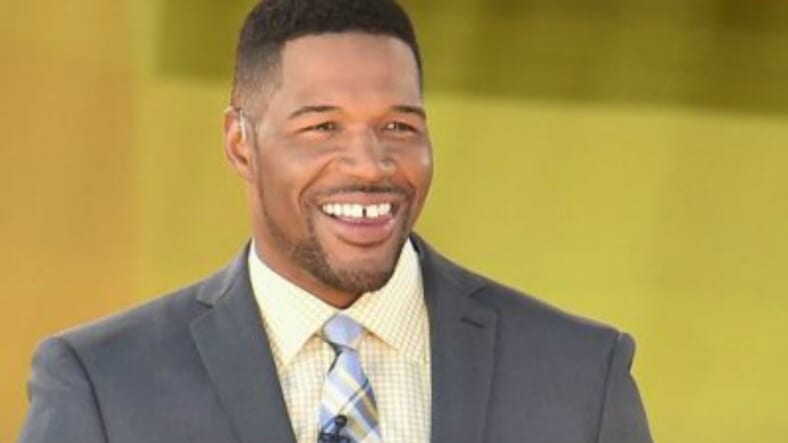 “I would like to invite the Clemson Tigers football team here for a great meal,” Strahan said on-the-air on Tuesday. “Come out here, everybody. Whoever can make it, we’ll hook you up with lobster …. Whatever you want, we’re gonna take care of you.”

READ MORE: Government shutdown continues as thousands are forced to work without pay

Strahan’s cohost Sara Haines chimed in, suggesting they serve caviar to the team too.

When Haines commented that caviar can be pricey, Strahan replied, “It’s out of my pocket.” He added, “I’ve got you guys.”

Trump invited the team to 1600 Pennsylvania Ave. after they beat the Alabama Crimson Tide 44-16, winning the College Football Playoff National Championship game on Jan. 7. Trump told reporters that he was paying for the meal out of his own pocket and that the menu was the result of the ongoing government shutdown that is part of the president’s standoff on the border wall.

Social media had a field day with the offerings, questioning why the team wasn’t treated to a more luxurious spread. The buzz grew even bigger as Trump at various points said he’d served 300 hamburgers and 1,000 hamburgers, and in one now-deleted tweet, misspelled the offering as “hamberders.”

READ MORE: TSA workers calling out of work due to the government shutdown

Normally, social events at the White House include the finest meals, finger foods or desserts.

On Twitter, Strahan’s bosses at ABC jumped into the discussion, with Good Morning America tweeting:

The Times Square mention was a reference to the location of the studio where Strahan and Haines record their show.

Strahan retweeted the tweet, saying, “Can’t wait to feed you!”

During the show, Strahan said he just wanted to give the winning athletes a “proper meal.”

No response yet from the Tigers.