Kenny Smith admits the purpose of this episode is to make sure people understand colorism is real and it's everywhere. 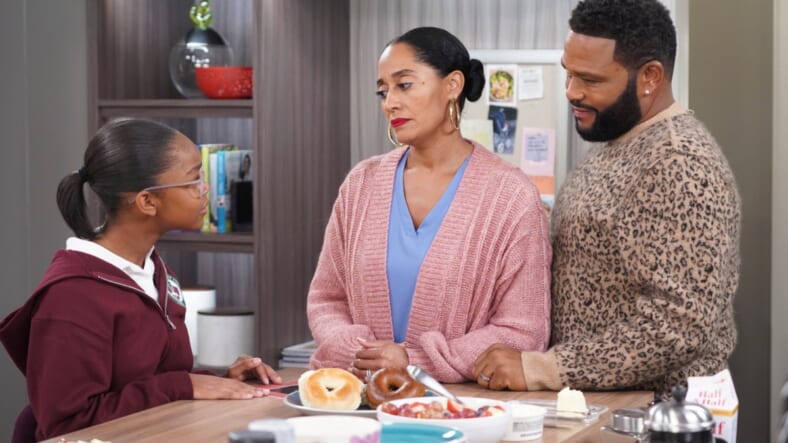 The Johnson family has to have the uncomfortable conversation around colorism in the episode “Black Like Us” episode of Black-ish starring Marsai Martin, Tracee Ellis Ross, and Anthony Anderson(Ron Tom/ABC)

For five seasons,  ABC’s Black-ish  has been tackling controversial topics in a way that is compelling, humorous and accessible to broader audiences. Tuesday night’s episode was no exception. The Johnson family is suddenly propelled into an issue as old as time: colorism in the family.

Black-ish co-showrunner and executive producer Kenny Smith talks with theGrio about how this episode came to be, carefully handling the topic with care and sensitivity and the network’s response to confronting this painful topic.

theGrio: How did you come up with the idea of tackling colorism in this episode?

Kenny Smith: We have been kicking around the topic of colorism for a number of seasons. It even came up in season three, but we couldn’t find the right story to put it out there. At the top of this season when we were prepping, Peter Saji, the writer of the episode, who also wrote the “Purple Rain” and “Juneteenth” episodes, started championing it. He said we’ve got to tell this story. We started discussing it and then sharing our personal stories.

theGrio: How did ABC respond when you told them you were working on an episode around colorism in Black families?

Kenny Smith: The network was great. Even when we said we’re thinking about this idea for a show, but weren’t quite sure of what story to tell, they said they trusted us. We had an amalgamation of everything that people in the writer’s room had gone through. We wanted to take this big mess and whittle it down to a story that could be told in 21 minutes. The studio trusted us to make something out of all of this information.

theGrio: Why was it so important to pull from personal stories for this?

Kenny Smith: Whenever you’re very specific about a story in your life, you usually find people who have a similar story to tell as well and that’s where it becomes global. The more specific you get, the more widespread of an understanding people will have of that story or topic. 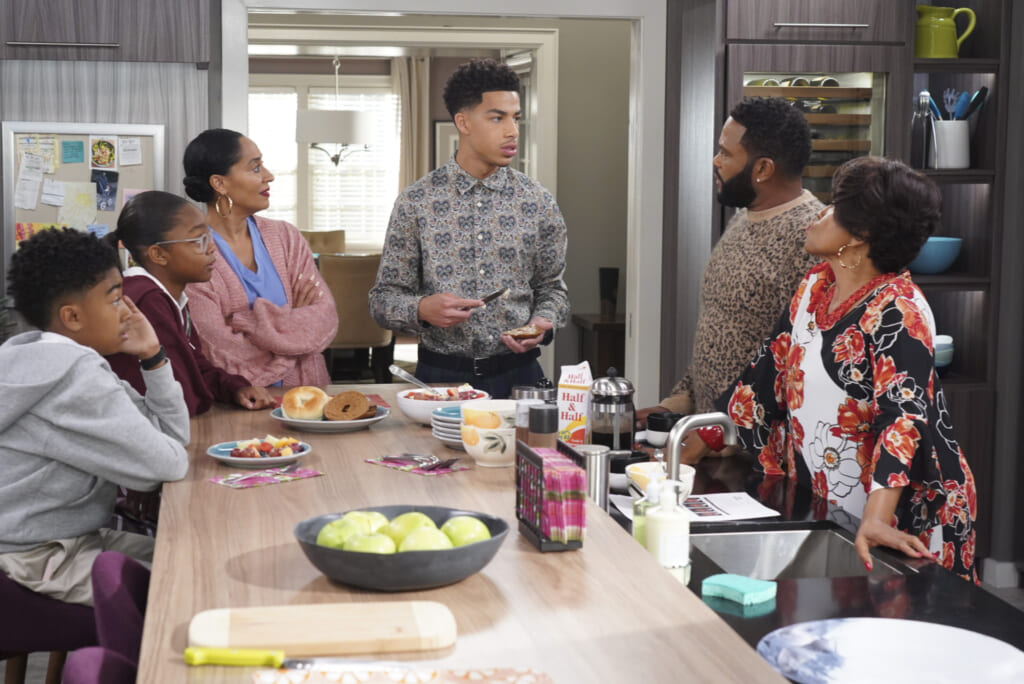 There’s a lot to unpack in the “Black Like Us” episode where Diane isn’t lit properly in her class photo and comes home to spark a conversation about colorism in her school and in their family. (ABC/Ron Tom)

theGrio: Interestingly enough, in the episode you purposely highlight that colorism isn’t specific to Blacks, but is in fact a global concept. Why did you decide to do that?

Kenny Smith: Peter did some research and discovered that colorism was in ancient China. When we initially started talking about it, we talked about it during slavery, but people in the writers room started talking about colorism in other cultures. Someone said they heard it about it in the Latin culture. Another person said they heard about it in Indian culture. We wanted to talk about everybody so people wouldn’t say ‘it’s just a Black thing.’

READ MORE: Question of the day: Why is Karen Pence, the nation’s ‘Second Lady’ teaching at a school that’s anti-LGBTQ?

When we finished the episode, some people of Latin descent immediately said this is about my family. This is the story of me and my grandmother. We were happy we included that aspect because there are so many things you can brush off and say, that’s their problem. We wanted to make sure people understood even if it’s not in your home, it’s everywhere.

theGrio: As co-showrunner, how do you successfully tackle such controversial topics without offending anyone who watches the show?

Kenny Smith: We (co-showrunner Jonathan Groff and creator/Executive Producer Kenya Barris) are actually nervous about these topics. It took five years for us to do this colorism episode because you can offend people. We’ve been reading some of the reviews and comments. Most people love it, but there are a few who said you didn’t tackle this or that. Even when breaking the story, there were some related issues that we didn’t touch because we didn’t have the time to talk about it.

No one is going to be 100 percent happy. We’re not looking to offend people. We’re looking to tell these stories from our perspective. We hope that even the people who are bothered by it will start the conversation.

#Repost @blackishabc ・・・ It’s time to talk about it. #blackish

Nsenga K. Burton, Ph.D., is an award-winning writer, entrepreneur, and professor living her best life with her daughter, Kai, and fur-son, Mr. Miyagi. She is founder and editor in chief of The Burton Wire, a news blog covering news of the African diaspora.