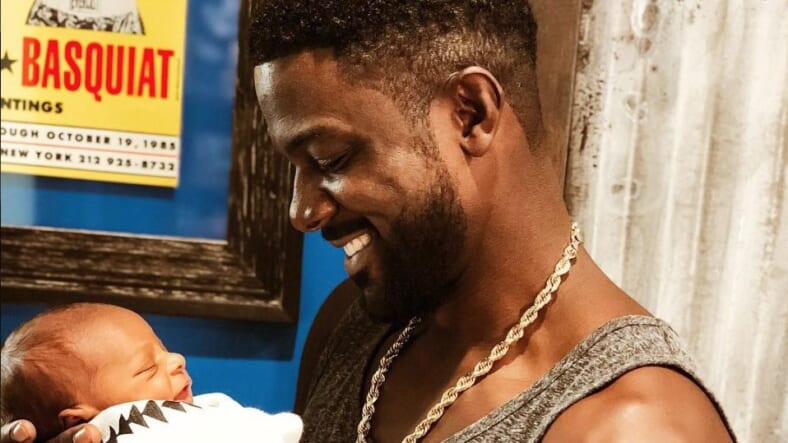 Lance Gross is clapping back at haters who accused him of colorism after a photo of his baby boy turned into some silliness on social media.

The actor posted an adorable photo of his son on Thursday along with a comment about his color. “LL Kool G my ? little man’s color is comin’ in nicely! I’m hyped! ????,” he wrote.

After he posted the sweet snapshot, haters came out in full force accusing him of being “colorstruck” among other things.

“lol @lancegross is such a colorstruck dumb self-hating kneegrow. This is the dumbest caption ever. If you wanted to have a child with your full ACTUAL dark skinT complexion then you wouldn’t have procreated with an extra light skinT MIXED race woman,” one user wrote. She also brought up the 2016 Christmas photo that sparked a similar debate.

Others chimed in with criticism about Lance Gross choosing to marry a light-skinned woman prompting a swift response from the actor.

Lance Gross blasts Instagram user for joking about his daughter: ‘Don’t joke about my family, fall back with the BS’

Gross made it clear he’s no victim of “self-hatred” and emphasized the fact that his wife is a Black woman in his lengthy response.

“Two things I am proud of is the ability to smile through any situation and the rich melanin and layers my body…For my daughter or son to share that blessing makes me overjoyed. Miss me with the self-hate cause those assumptions are invalid. I love me more than anyone else,” he wrote.

“Colorism exists, yes, but y’all not about to label every dark skin Black man who is in a relationship with someone lighter complexion under that bus. I chose love not skin tone.”

Check out his full response: