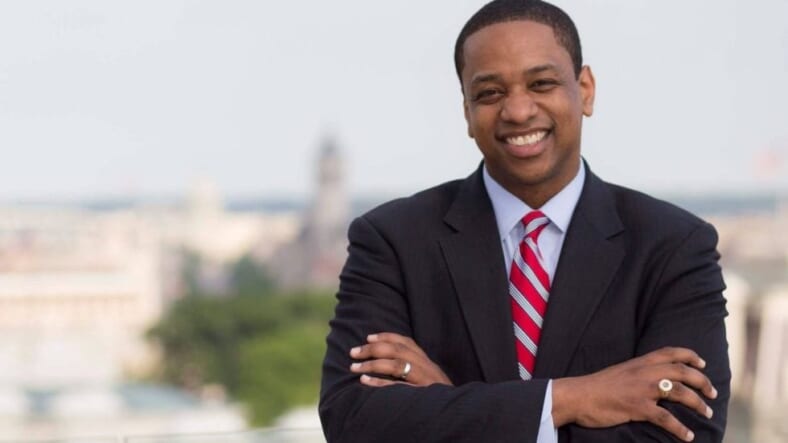 When Virginia state Senators honored Confederate Gen. Robert E. Lee on Friday, Lt. Gov. Justin Fairfax, only the second African American elected to statewide office in Virginia, briefly left the dais for the second year in a row in a silent protest. He believes the decision to honor Lee is”unfortunate but not surprising.”

But Fairfax, a descendant of slaves, said in an interview afterward, “I believe there are certain people in history we should honor that way in the Senate . . . and I don’t believe that he is one of them.”

He added,  “I think it’s very divisive to do what was done there, particularly in light of the history that we’re now commemorating — 400 years since the first enslaved Africans came to the Commonwealth of Virginia.”

“And to do that in this year in particular was very hurtful to a lot of people,” Fairfax said. “It does not move us forward, it does not bring us together. And so I wanted to do my part to make it clear that I don’t condone it.”

As The Grio previously reported, Fairfax bowed out last year when a Republican called on the Senate to adjourn for the day in honor of Jackson. At the time, Fairfax said that his quiet protest was a “personal decision.”

“There are people in Virginia history that I think it’s appropriate to memorialize and remember that way, and others that I would have a difference of opinion on,” he told reporters. “I just wanted to, in a very respectful but very definite way, make it clear that these were not adjournment motions that I felt comfortable presiding over, and I was not going to do it.”

In his speech Friday, Stuart downplayed Lee’s role in slavery and highlighted his post-war efforts.

“He was a man that personified integrity, honor and commitment to duty, a selfless man that devoted his entire life to the service of his country, either in battle or in teaching people to be good citizens, and a man who always did what he thought was right,” Stuart said. “There were few people after the Civil War who did what Lee did to heal the wounds of this country and to try to reunite this country after that horrible war.”