The Richard Wright adaptation is one of 112 films premiering at the annual film festival. 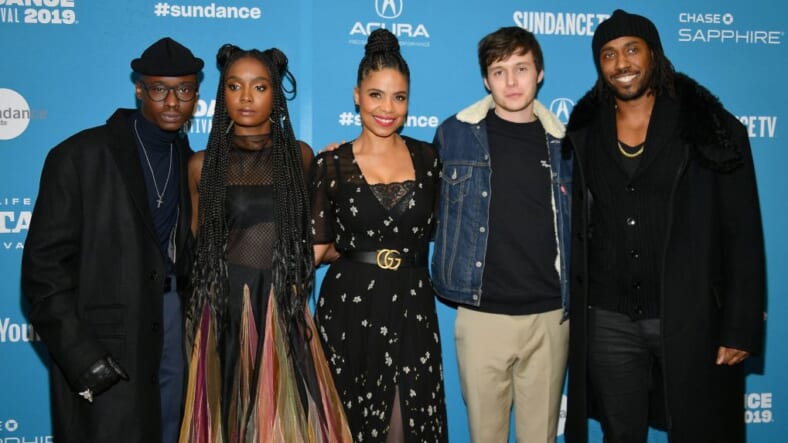 The 2019 Sundance Film Festival is in full effect and Black Hollywood’s brightest stars are shining bright in the snow-covered mountains of Park City, Utah.

The annual festival kicked off by with the premiere of Native Son, an adaptation of Richard Wright‘s iconic novel that’s set in Chicago circa now. The film that stars Ashton Sanders (Moonlight), Kiki Layne (If Beale Street Could Talk), Sanaa Lathan, and David Alan Grier set the tone of #BlackExcellence by being acquired by HBO before the screening even began.

Knowing the stirring project helmed by first-time director, Rashid Johnson will hit the premium channel this year means the trend of black stories reaching wider audiences is not slowing down any time soon.

Moving into their mansion, [Big] begins driving Dalton’s vehemently progressive daughter, Mary. But his involvement in an accidental death places Big on a collision course with the powerful social forces pitted against him. A thoroughly contemporary reworking of Richard Wright’s 1940 novel, Native Son asserts the story’s persistent relevance by bringing its interrogation of fear, violence, race, and circumstance into a critical modern context.

While we won’t give you any spoilers, we can tell you to expect to be moved in more ways than one. Native Son delivers several heart-stopping moments and manages to be as complex as the novel it’s based on. Incredible performances from this talented cast offer authentic depictions of a Black experience that is finally being represented in a real way.

The sold-out theater that included stars like Lena Waithe were treated to a Q&A session after the premiere where Johnson was joined by the film’s Pullitzer Prize-winning writer, Susan-Lori Parks as well as the cast who had just seen the movie for the first time ever. It was clear they were just as blown away as the rest of us.