The annual film festival will take place from January 24- February 3. 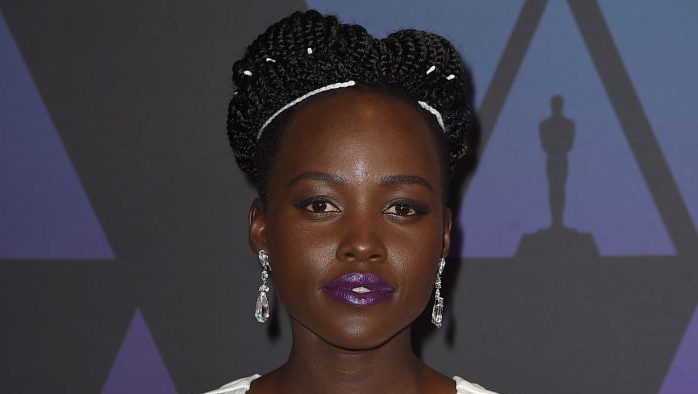 The Sundance Institute has announced the long list of films that will be showcased at the 2019 Sundance Film Festival in Park City, Utah in January.

This year’s event had a record-breaking turnout with 14,259 submissions from 52 countries. 112 of those films have been selected to be screened across 10 categories and tons of our favorite stars (from Viola Davis to Lupita Nyong’o) are featured in several offerings.

In anticipation of the star-studded event, we have compiled a list of 15 films we can’t wait to see.

DESCRIPTION: In rural 1977 Georgia, a misfit girl dreams of life in outer space. When a national competition offers her a chance at her dream, to be recorded on NASA’s Golden Record, she recruits a makeshift troupe of Birdie Scouts, forging friendships that last a lifetime and beyond.

DESCRIPTION: After a man’s family dies in what appears to be a murder, he gets a phone call from one of the dead, his niece. He’s not sure if she’s a ghost or if he’s going mad — but as it turns out, he’s not. Instead, her calls help him rewrite history.

The Boy Who Harnessed the Wind

DESCRIPTION: Ejiofor makes his directorial debut with the film based on the true story of William Kamkwamba. Against all the odds, a thirteen year old boy in Malawi invents an unconventional way to save his family and village from famine.

DESCRIPTION: In this modern reimagining of Richard Wright’s seminal novel, directed by Rashid Johnson and written by Suzan Lori-Parks, a young African-American man named Bigger Thomas takes a job working for a highly influential Chicago family, a decision that will change the course of his life forever.

DESCRIPTION: A film dedicated to all the kindergarten teachers who motivate children to learn, instill them with confidence and stop them from being devoured by zombies.

DESCRIPTION:   A married couple is forced to reckon with their idealized image of their son, adopted from war-torn Eritrea, after an alarming discovery by a devoted high school teacher threatens his status as an all-star student.

Selah and the Spades

DESCRIPTION: Five factions run the underground life of the prestigious Haldwell boarding school. At the head of the most powerful faction – The Spades – sits Selah Summers. By turns charming and callous, she chooses whom to keep close and whom to cut loose, walking the fine line between being feared and loved.

DESCRIPTION: While participating in a rehabilitation program training wild mustangs, a convict at first struggles to connect with the horses and his fellow inmates, but learns to confront his violent past as he soothes an especially feisty horse.

DESCRIPTION:  Jimmie Fails dreams of reclaiming the Victorian home his grandfather built in the heart of San Francisco. Joined on his quest by his best friend Mont, Jimmie searches for belonging in a rapidly changing city that seems to have left them behind.

DESCRIPTION: Femi is a British boy of Nigerian heritage who, after a happy childhood in rural Lincolnshire, moves to inner London to live with his mum. Struggling with the unfamiliar culture and values of his new environment, teenage Femi has to figure out which path to adulthood he wants to take.

DESCRIPTION: The summer before she leaves for college, Ayanna meets handsome and mysterious outsider Isaiah; her entire world is turned upside down as she navigates the demanding terrain of young love against a changing Harlem landscape.

DESCRIPTION: Years of carrying out executions has taken a toll on prison warden Bernadine Williams. As she prepares to execute another death row inmate, she confronts the psychological and emotional demons her job creates, ultimately connecting her to the man she is sanctioned to kill.

Toni Morrison: The Pieces I Am

DESCRIPTION: This artful and intimate meditation on the legendary storyteller examines her life, her works and the powerful themes she has confronted throughout her literary career. Toni Morrison leads an assembly of her peers, critics and colleagues on an exploration of race, history, America and the human condition.

DESCRIPTION: When 17-year-old Lennon Lacy is found hanging from a swing set in rural North Carolina in 2014, his mother’s search for justice and reconciliation begins as the trauma of more than a century of lynching African Americans bleeds into the present.

Miles Davis: Birth of the Cool
DESCRIPTION:  A visionary, innovator, and originator who defied categorization and embodied the word cool: a foray into the life and career of musical and cultural icon Miles Davis.