CAPTURED: Louisiana man who killed parents, girlfriend and others finally apprehended in Virginia 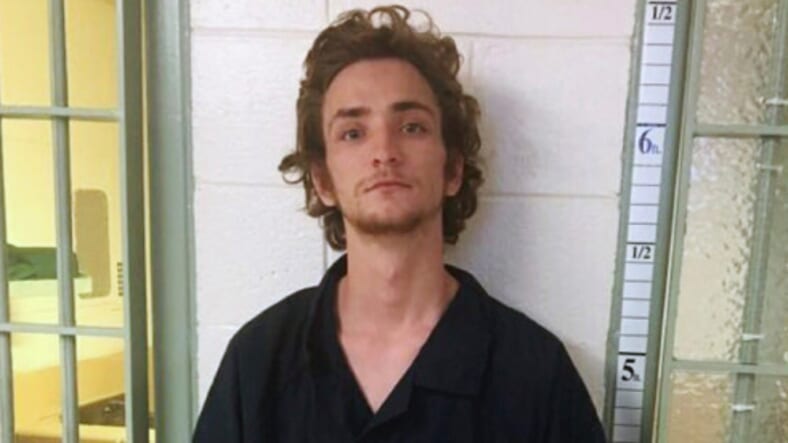 Dakota Theriot was arrested for murdering five people including his parents, girlfriend and her family members. (Photo: Richmond County Sheriff’s Office via AP)

Dakota Theriot, the 21-year-old wanted for slaying five people in Louisiana, including his parents, was finally arrested early Sunday morning in front of his grandmother’s house in Warsaw, Va.

Ending a day-long manhunt that started in Louisiana but included several other states, Theriot was apprehended by police after driving 16 hours to the home Warsaw, Virginia.

Thankfully, Theriot’s grandmother and other relatives had relocated to a hotel, suspecting the killer might try and contact them. In addition to killing his parents, Keith and Elizabeth Theriot, both 50, inside of their trailer in Ascension Parish, Theriot also killed his 20-year-old girlfriend, Summer Ernest, her father, Billy Ernest, 43, and her younger brother, Tanner Ernest, 17, in Livingston Parish, east of Baton Rouge. Two children, ages 7 and 1, inside of the Ernest home were not harmed.

Although Theriot had recently been kicked out of his parent’s home, police don’t have a motive for the shootings, according to The Advocate. After he was kicked out, Theriot moved in with his girlfriend and her family a couple of weeks ago, officials said.

“This is probably one of the worst domestic violence incidents I’ve seen in quite a while,” said Ascension Parish Sheriff Bobby Webre, according to The Advocate.

According to police, Keith Theriot was alive Saturday morning when deputies arrived to their home and he told police that his son shot him and his wife, Webre told reporters.

The suspect will face five counts of first degree murder, illegal use of weapons and home invasion, according to police officials.

Officials said they don’t yet know what type of weapon Theriot used or how he obtained it, according to The Washington Post.

“For someone to do that, someone so young, someone connected to his victims, the fact that the family took him in and this is the end result, it’s kind of jarring for all of us,” Lori Steele, spokeswoman for the Livingston Parish Sheriff’s Office, told the Post.