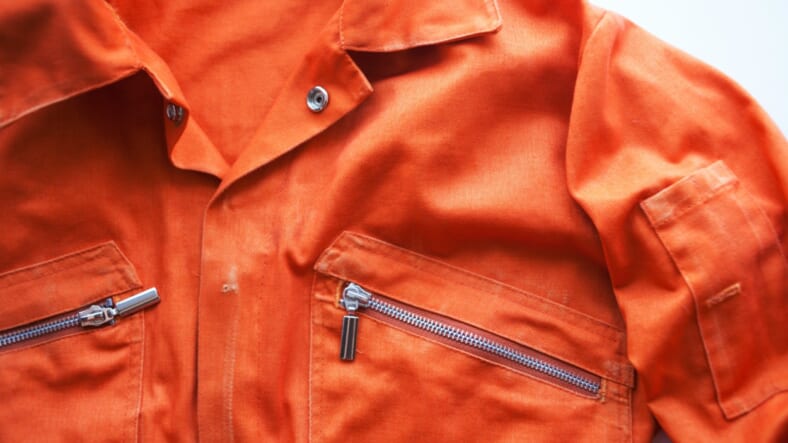 A shocking photo has surfaced of inmates at Chicago’s Cook County Jail shoveling snow is frigid weather without any coats or warm gear to keep them from getting frost bite, The Daily Mail reports.

“They have the prisoners cleaning snow with little protection from the cold.”

To add insult to injury, the men reportedly were only “paid $2 for their labor as part of the Sheriff’s RENEW program,” the fund said.

“We commented on their working conditions & the absurd idea that this was workforce training,” the fund tweeted.

The RENEW program reportedly “aims to reduce neighborhood blight in distressed suburbs while also providing vocational training to a targeted group of inmates.”

“We hope the Sheriff’s Office will provide the public with information about what is going on here and how these folks are being treated,” the fund tweeted.

According to The Chicago Tribune, Cara Smith, chief spokeswoman for the sheriff’s office, said that “the situation was entirely and intentionally misrepresented.”

The inmates, she said, had on insulated jumpsuits, gloves, hats and boots, along with access to a warming van that was nearby.

Chicago had some chilly weather recently and on Monday temps reached a high of 35F and a low of 9F. But Smith said the prisoners don’t work in any weather below 20 degrees. Wind chill however can make cold weather seem even more chilly.

The National Weather Service reported that Chicago weather and northern Illinois will feel as low as -50F (-46C) through Thursday, the outlet reported.

Sharlyn Grace, the co-executive director of the Chicago Community Bond Fund, cast doubt on how shoveling could help the RENEW program participants upon graduation.

“I don’t think that anyone is seriously suggesting that shoveling snow is a skilled form of labor that’s going to lead to job opportunities upon release,” she told the Tribune.