Prepare to be blown away by this fast-moving flick. 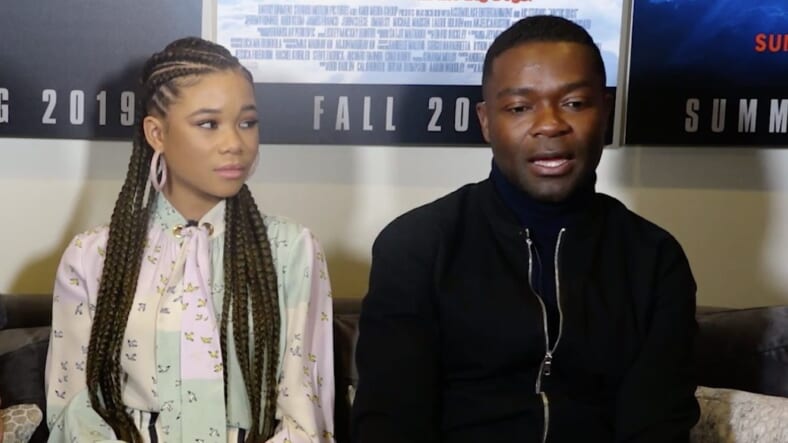 Storm Reid’s character dies in the first 10 minutes of the movie. You read that right, and the way it happens is totally shocking. Incredibly, this is not a spoiler. Relive is packed with so many edge-of-your-seat twists and turns that writer/director, Jacob Estes, felt comfortable revealing this devastating plot point in the movie’s official synopsis.

Relive is a classic thriller and it just made its world premiere at the Sundance Film Festival in Park City, Utah. The stakes are high, time is limited and our protagonist, played by a stoic and powerful David Oyelowo, must move at top speed to solve the riddle and save his family—and himself. While the viewer is caught in the suspense and the supernatural police procedural narrative, there are powerful emotional themes that will resonate with everyone.

Estes, the film’s creator was grappling with his own trauma when he developed the theme. “When I started writing, I also happened to be Mexico. I got dengue and typhus fever at the same time, and I nearly died [which] actually played a big role in the psychology of writing the script for me since the movie is about loss,” Estes explains.

“Mothers and fathers dying, friends dying; I’ve had more than my share of that kind of stuff in my life. And so that feeling like you want to be able to reach to the universe and somehow change things. That’s one of the major themes one of the movie.”

While Relive’s fast-moving plot places it firmly in a commercial genre, Oyelowo and Reid’s elegant interpretations of their characters elevate the film to high art. The cast is rounded out by stellar performances from Mykelti Williamson, Brian Tyree Henry, Shinelle Azoroh and Alfred Molina.

Casting Oyelowo and Reid in the starring roles may seem like a no-brainer, but the movie was originally supposed to take place in a rural Midwestern town. The lead characters were not written for Black actors. In an example of what true diversity and inclusivity looks like, the production team pivoted when Oyelowo expressed his interest. Oyelowo credits both Estes and the film’s production team from Blumhouse.

“I take my hat off to Blumhouse. There are [producers who] wouldn’t have approached me because it was set in the Midwest…and ‘we’re making it for middle America,’” Oyelowo explains. “But the minute I threw my hat, it was like OK we’re recalibrating it so we need to go find the wonderful young Black actress to play this role and my mom, and who’s going to be the brother and who’s going to be the best friend.”

In this video, our Chief Content Officer, Amy DuBois Barnett, sits down with Jacob Estes, David Oyelowo and Storm Reid at the Sundance Film Festival for a chat about the film and the future.

Check it out above.