His debut album, 'Even More' is up for Best Traditional R&B Performance. 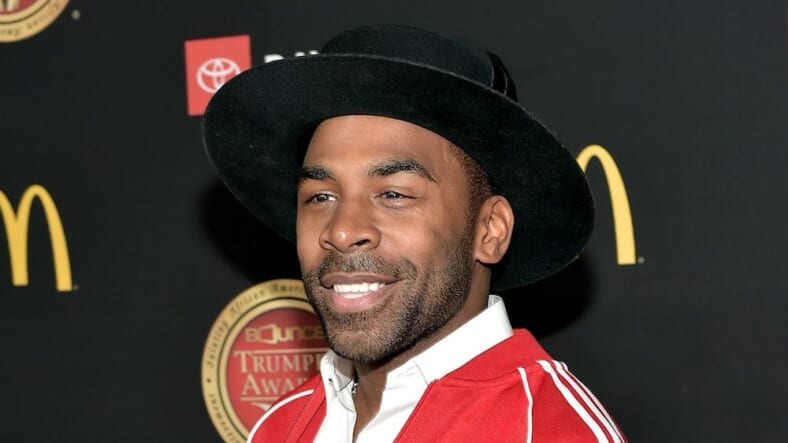 It’s not often a newcomer gets nominated for a Grammy award on their first go-round, particularly in the legend-filled R&B categories, but that’s exactly what MAJOR. managed to do, nabbing a nod for Best Traditional R&B Performance for his hit, “Honest” from his debut album, Even More.

TheGrio caught up with the 34-year-old artist who captivated the masses with his single, “Why I Love You” long before ehe dropped his debut album in September to find out what went into making his music so addictive and how he crafts the perfect love song.

“I’m super excited that i was finally able to release something. This debut album is only ten tracks. I am totally giving you just enough to digest and really feel like you could take over the world after you listen,” he says.

“I have learned that my greatest competition is who I am right now and who I was a moment ago. I’m always trying to outdo my last biggest record and for me, legends have endorsed me over what I have done and I feel like I have to beat that and show people that I’m in this thing for the long haul. As long as it has taken me for people to get to this point to be heard by the masses, I don’t see myself leaving anytime soon.”

It’s not that MAJOR. is cocky, he’s just confident that he’s truly onto something and the self-assurance is certainly warranted. “When I know something is good, I can’t pretend otherwise.”

Despite the confidence, MAJOR. admits it takes a lot to stand out in the R&B genre.

“Drake can afford to put out 20 tracks on an album and not have it be overwhleming. For an artist like myself it’s an uphill battle to make a statement that is relatable and relevant and that people want to sit with for a minute. I have to be intentional about what I put out. I have to be intentional about the quality and the conversation,” he explains.

“For me, I lock in on the fact that there is so much of everything else being talked about in the mainstream conversation and the one thing that I do know is that I want to talk about love and what gets people back to the space of feeling like champions. Who doesn’t want music that is champion music?”

Cardi B, Janelle Monae and more artists performing at the Grammys

When it comes to crafting the perfect love song, MAJOR. says it’s all about authenticity, and a little help from above.

“It’s coming from a space of authentic, true perspective. The songs that are hits, these people are singing from their perspectives so they can own it. With Cardi, that’s her truth, and she owns it. For me, I come from my perspective of what I feel love is and what I know from the trials and tribulations of trying to understand love myself. Knowing what heartbreak feels like, and really singing into the space of what I feel it should be,” he says.

“Something Stevie Wonder told me was “If you sing and write about love, God will always be there because God is love.’ A master of love songs letting me know the secret to his formula. That’s how I write these things, from the God perspective. When I write from this space, people connect immediately to it because it’s from the perspective of the Creator and creation has to respond to something that is from the perspective of the very thing that created it. It sounds so deep but it’s so simple. The simplicity is deliberate.”

Let’s hope the advise MAJOR. received from the legendary Stevie Wonder helps him take home a trophy at the 61st annual Grammy Awards on February 10.