A Long Island, N.Y., woman who tried to explain that Obama is really one of her Twitter followers and that she is a banker wound up in the psych ward for it and now she's getting her day in court 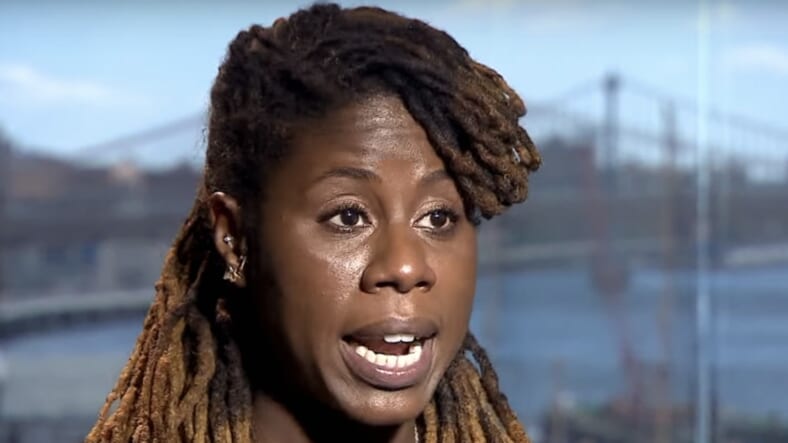 A New York area woman finally had her day in court on Monday after a harrowing 2014 ordeal that she says led to her being held against her will and locked away for eight days in a psych ward and being forced to take antipsychotic drugs.

Doctors had ruled her mentally ill because she said she works as a banker, owns a BMW and is followed on Twitter by President Obama — turns out all of it was true.

READ MORE: Woman claims she was sent to psych ward because police didn’t believe BMW was hers breaks silence

The traumatic event all began when Kamilah Brock, went to an NYPD stationhouse to get information on how to retrieve her vehicle, which had been impounded. Her car was taken by police after she had been pulled over on suspicion that she was high on marijuana. The substance was never found in her car. When she went to the police about her auto, she admits she was emotional, but insists she is not “emotionally disturbed.”

She told them that she follows politics, helped to make hip-hop videos and has the former president as a follower of her Twitter account — there were no lies in what she was saying. Obama follows more than 600,000 people on Twitter, Brock is one of them.

But police didn’t buy it, believing she was behaving erratically, according to court documents, and had EMTs take her to the psych ward at Harlem Hospital. As a result, the female banker endured a terrifying series of events after being held against her will, dosed with heavy duty sedatives and anti-psychotic medications and told to ingest doses of lithium.

To add insult to injury, the hospital billed her for more than $13,000 for their forced treatment.

Brock, now 36, filed suit against the City of New York, a police officer and doctors at Harlem Hospital seeking unspecified damages for what she went through, according to the New York Daily News.

According to the paper, Harlem Hospital’s treatment plan for Brock read, “Objective: Patient will verbalize the importance of education for employment and will state that Obama is not following her on Twitter,” and “patient’s weaknesses: inability to test reality, unemployment.”

“She’s trying to prove (they) made a mistake,” her attorney Kyle Bruno said in opening remarks to the jury in Manhattan Federal Court. “She’s politically active. President Obama’s Twitter account follows one of her Twitter accounts…The doctors used her background, her trying to explain herself, to say she had a mental illness.”

New York City’s attorney Joshua Wiener however told the jury that there is another side to the story. He argued that Brock was behaving erratically and expressed grandiose ideas to doctors, and could “take her body to a new evolution” and demanded a prescription for medical marijuana, Wiener said. She also reportedly said she could play any musical instrument.

They also said she was disruptive at the psych unit and banged on the door of her room and threw other patients out of their beds, according to Wiener. Her family admitted that she’d struggled with mental illness before, he said.

“(Brock) was having a manic episode,” Wiener said. “These defendants helped her get through it without harming herself or hurting others.”