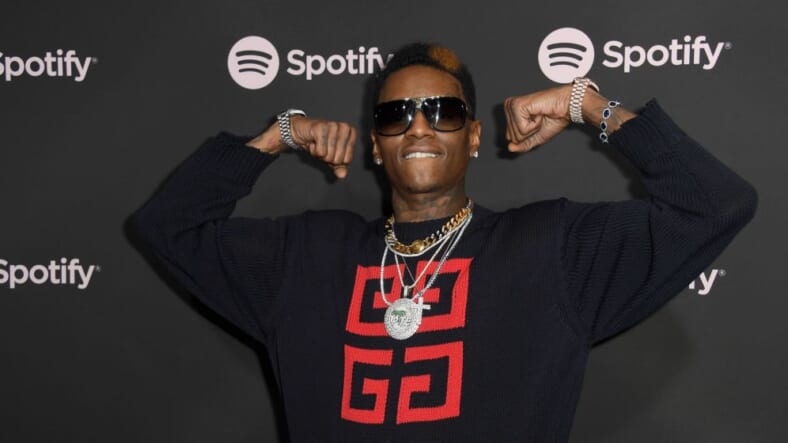 One of Gucci’s most loyal customers, Soulja Boy, surprised fans this week by announcing he was distancing himself from the brand, after the Italian clothing line was accused of racism.

Last Thursday, Gucci became the latest retailer to be accused of promoting Blackface after it listed an $890 black, balaclava turtleneck on its website, which can be pulled up to the bottom half of your face, causing customers to resemble the character Sambo.

Amidst the consumer firestorm, the company removed the item and issued an apology.

“Gucci deeply apologizes for the offense caused by the wool balaclava jumper,” the brand said in a statement released on Twitter. “We can confirm that the item has been immediately removed from our online store and all physical stores.”

But that wasn’t enough for many, with celebrities such as T.I and Waka Flocka Flame called on their fans to join them in boycotting the brand.

Saturday TMZ caught up with Soulja as he was leaving the Fendi store in Beverly Hills, and the 28-year-old used the run-in to announce his own stance on the controversy.

“Gucci’s done,” Soulja said before being asked if he planned to throw away his collection of Gucci pieces. “Nah, we ain’t gon’ return it…I’ll just give it to charity.”

As for the Gucci tattoo in the middle of his forehead, he plans on parting ways with that as well. “I spent hundreds of thousands of dollars, if not millions, over the last ten years on the brand,” he confessed. “So it’s like, I feel disrespected for them to even portray my culture like that.”

READ MORE: America’s Got Talent gets a taste of Blackness as Gabrielle Union, Terry Crews join as judge, host

Soulja says he already has two trips to a specialist scheduled to remove the ink from his face.

Legendary Harlem designer Dapper Dan, who is credited with popularizing Gucci with athletes and rappers, has also expressed his disappointment about the incident.

“I am a Black man before I am a brand,” he said in a tweeted statement. “Another fashion house has gotten it outrageously wrong. There is no excuse nor apology that can erase this kind of insult.”