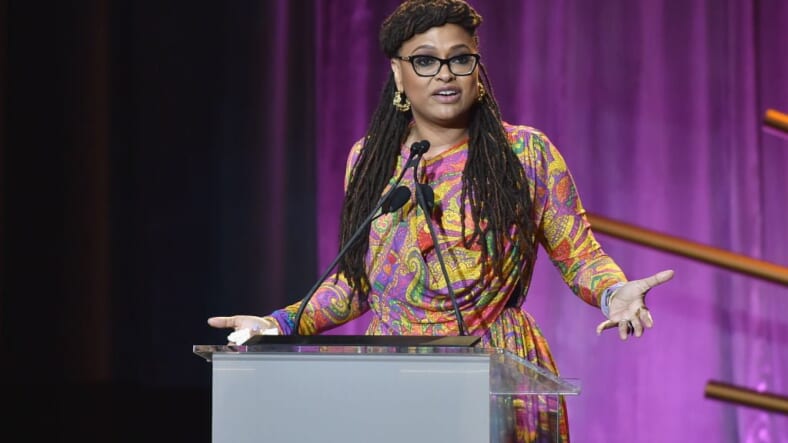 After controversy and allegations of racism for hawking a Sambo-like figure in its stores, Prada has created an advisory group spearheaded by filmmaker Ava Duvernay and artist Theaster Gates to help diversify its company and restore its public image.

The Prada Diversity and Inclusion Advisory Council will be spearheaded by the two, and the purpose is to “advise the company as it invests in diverse talent development and expands opportunities for young students of color in the fashion industry,” according to a press release sent to Blavity.

In the release, Prada CEO Miuccia Prada said, “We are thrilled to be working with long-time collaborators, Ava DuVernay and Theaster Gates, on this important initiative. We look forward to working with the Diversity and Inclusion Advisory Council to help us grow not only as a company but also as individuals.”

#Prada announces artist and activist, @TheasterGates, and film director and producer @Ava Duvernay, will co-hair the Prada Diversity and Inclusion Advisory Council to elevate voices of color within the company and the fashion industry at-large. pic.twitter.com/vfqzLbA3Hv

Prada is also partnering with universities to create internships and apprenticeships in the fashion industry for people of color.

“Prada is committed to cultivating, recruiting and retaining diverse talent to contribute to all departments of the company,” Miuccia Prada said in the press release.

In December, Business Insider reported that Prada faced criticism and was forced to apologize for its small simian figure with black face and big red lips, which was created by Prada as part of its holiday “Pradamalia” collection.

In a statement to Business Insider, a Prada spokesperson said Prada would “withdraw all of the characters in question from display and circulation.”

“Prada Group abhors racist imagery,” Prada said in response to the uproar. “The Pradamalia are fantasy charms composed of elements of the Prada oeuvre. They are imaginary creatures not intended to have any reference to the real world and certainly not blackface. We abhor all forms of racism and racist imagery.”

The character was later removed from stores and marketing materials.