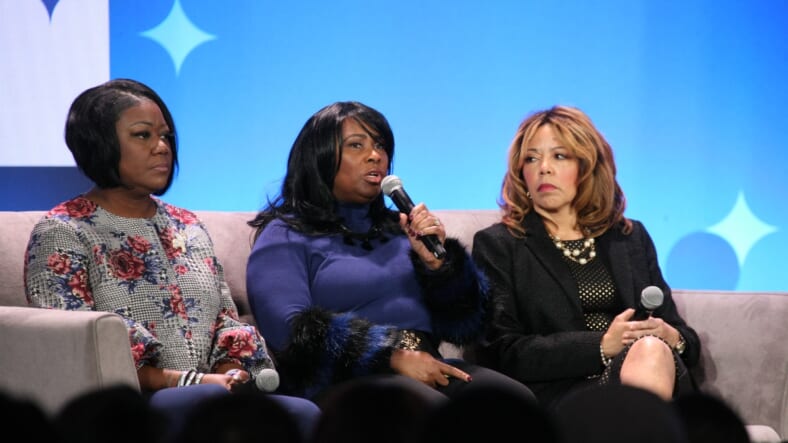 Although she lost her son some years ago, Congresswoman Lucy McBath is still imparting her motherly ways on the next generation of young men of color.

McBath is one of the “Mothers of the Movement,” a growing group of Black women who share the unfortunate common bond of losing a child, typically a son, to police brutality or gun violence. On Tuesday, she joined the mothers of Trayvon Martin and Oscar Grant for a panel moderated by singer John Legend at the MBK Rising! event, the first national conference of former President Barack Obama’s My Brother’s Keeper initiative. 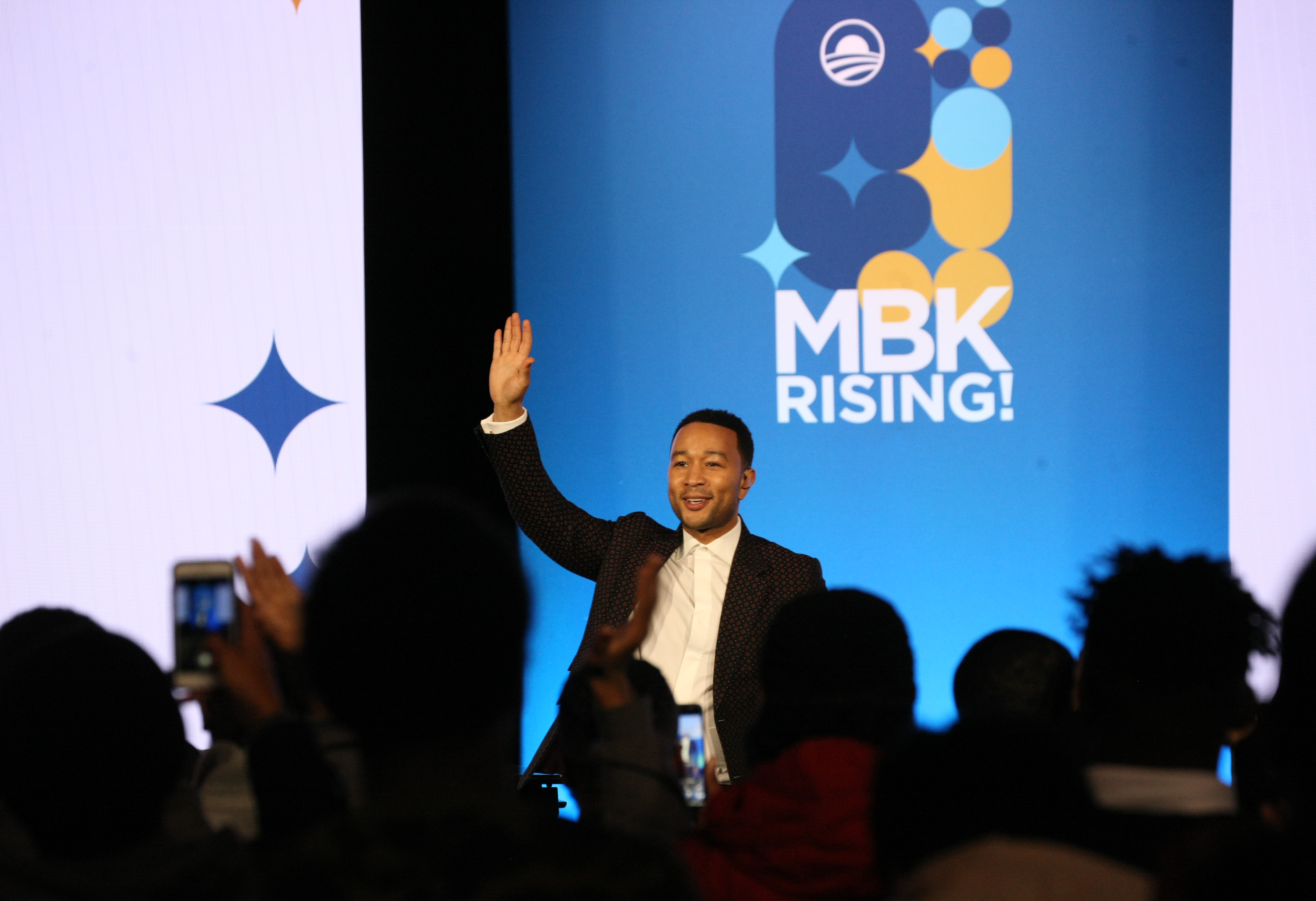 Singer John Legend moderated the panel of mothers who were there to encourage and motivate young men of color for the Obama Foundation’s first My Brother’s Keeper National Summit In Oakland. (Photo Adam Turner)

McBath, a former flight attendant, was propelled into the spotlight as a gun control advocate after her 17-year old son, Jordan Davis was fatally gunned down in 2012 by a white man over an argument concerning loud music at a Jacksonville, Florida gas station. After speaking publicly about her son’s murder, McBath was compelled to run for federal office. She is now only the third Black woman to ever represent Georgia in Congress.

“I know that Jordan is with me all of the time, but if I see a young man with his same build, I may find myself staring at them or I may hear a voice that sounds like him,” said McBath during an exclusive interview with theGrio backstage at the event.

“Actually, every young man I interact with I see a bit of Jordan in them,” she said. “So, everything I was imparting in him, I’m trying to give to them.”

That motivation is also what prompted McBath to create her own nonprofit, which then motivated her to run in a hotly contested race in Georgia 6th congressional district last November where she won by one point on a platform that includes gun law reform. 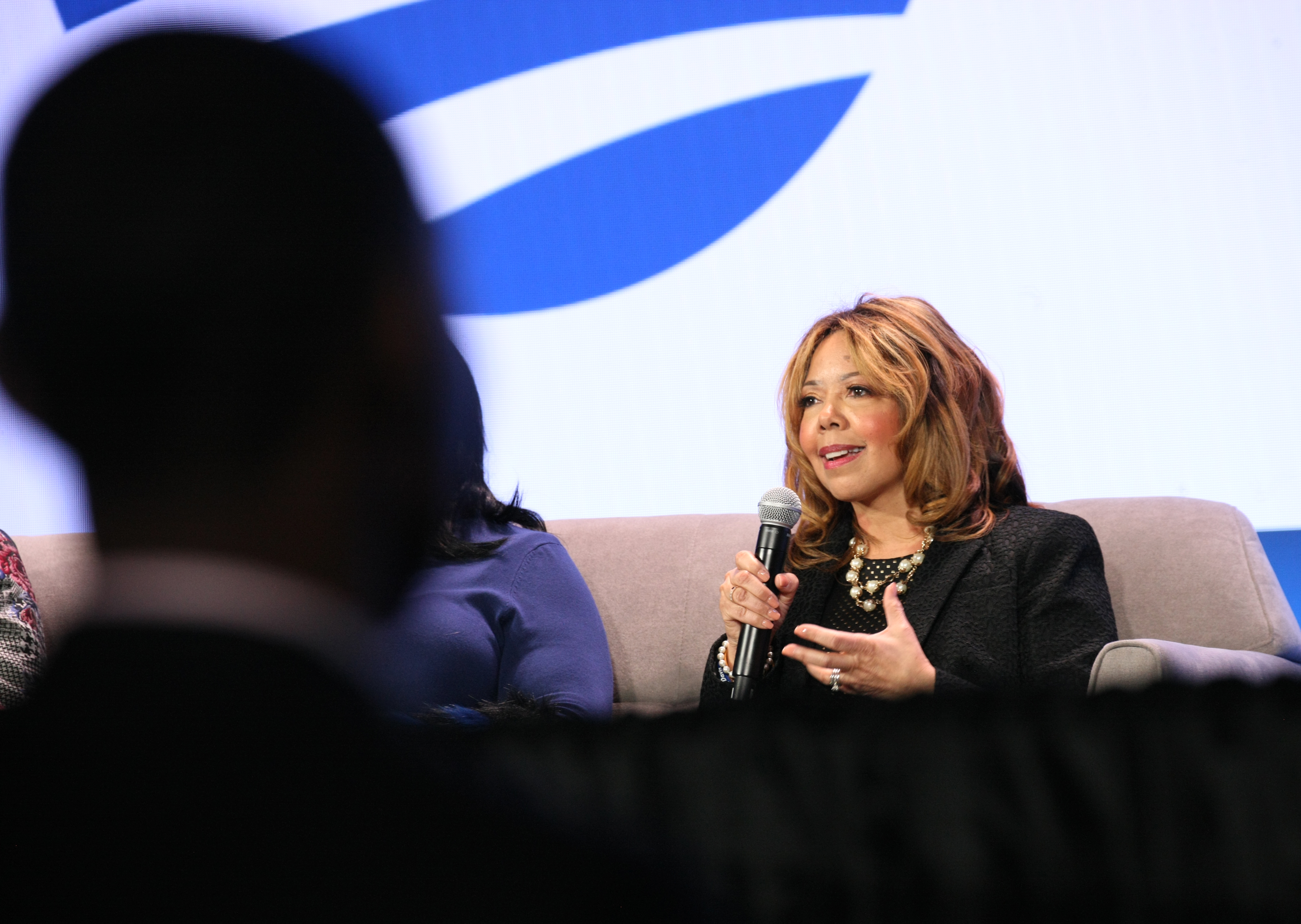 It was shortly after her son’s death that President Obama, already touched by the death of Trayvon Martin, created My Brother’s Keeper. McBath didn’t hesitate when she was asked to be a part of the initiative to share her wisdom with the young men of color in the program.

“Programs like this strengthen our young people,” she said at the event. “Just for someone like President Obama to do this and say, ‘Listen, you are important and I can see myself in you,’ resonates.

“Every time [Obama] says Trayvon’s name, my heart beats fast,” she continued. “It makes you feel good that a man of his stature really understands the plight of Black and brown boys and wants to be a part of the solution and wants our help to do it.”

My Brother’s Keeper is more than an initiative, “it’s a movement,” proclaims Broderick Johnson, chair of the MBK’s Task Force. More than 1,500 people – about a third are teens from across the country – are participating in the three-day event in Oakland, California to share strategies on how to help reduce youth violence, increase mentorship and improve the lives of young men of color.

One example is Jaylen Gaither, a 17-year-old from Brooklyn, New York, who flew cross-country with his MBK NY colleagues. He’s heard about the statistics facing young Black men like himself, including the one that states that while African-Americans and Hispanics make up more than a third of the population in the United States, they comprise of more than half of those incarcerated. Nevertheless, Gaither remains undaunted.

“This is a once-in-a-lifetime opportunity,” the teen said. “Because we know that most people in this nation believe in us and they want us to succeed.” 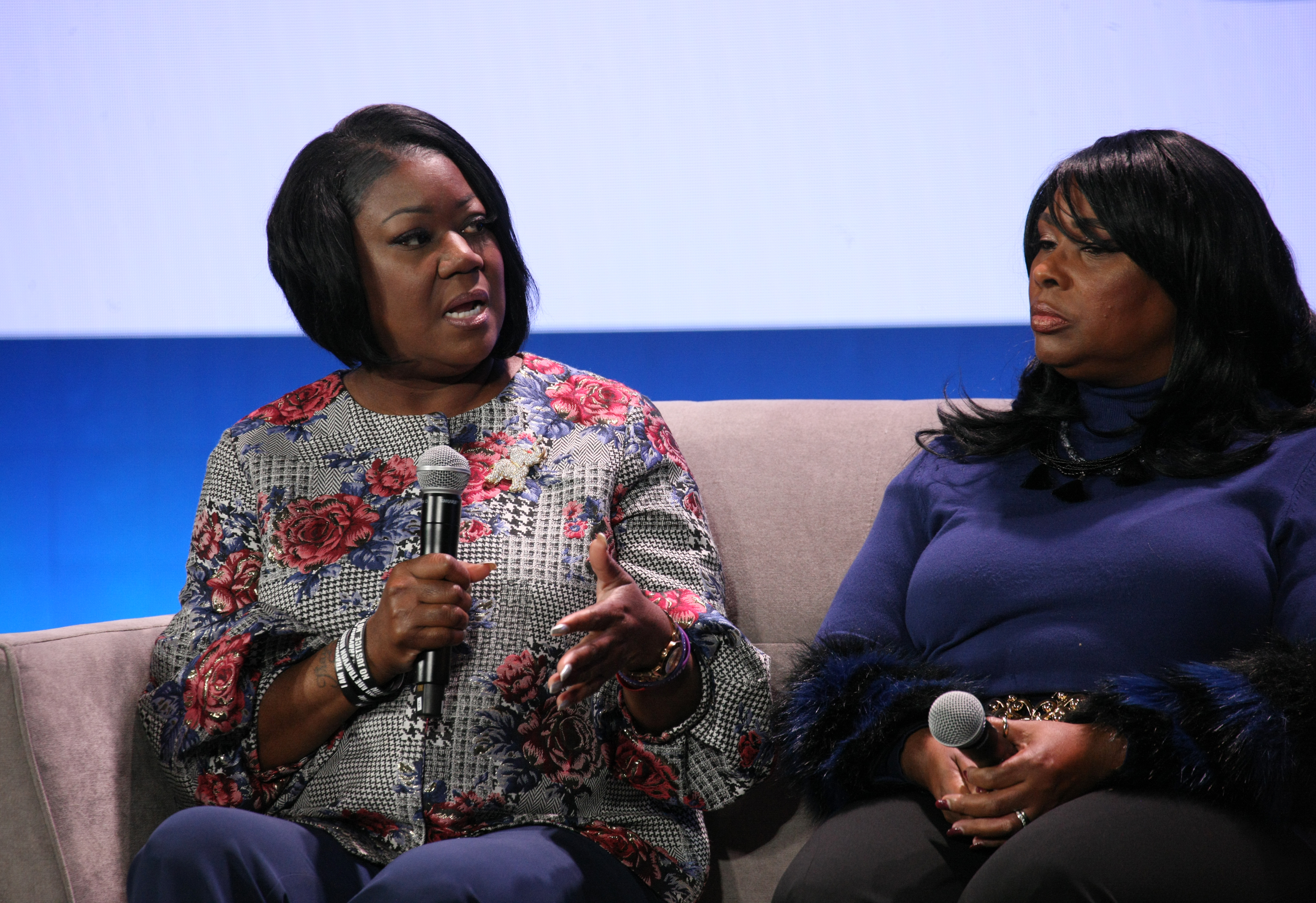 Wanda Johnson, knows a thing or two about turning one’s pain into a purpose. The mother of Oscar Grant, who was fatally shot by a transit cop on a subway platform in Oakland 10 years ago, sat next to McBath and Futon to encourage these young men not to give up.

“You were created for a purpose. There is no obstacle you can’t overcome,” said Johnson.

Backstage, the three women embrace and smile at one another. In silence, they know one another’s pain; a overwhelming loss created after the senseless death of their sons. Each mother talks about still learning how to accept her leadership role in the Black community and nationwide. For McBath, the freshman House representative is still reveling in the passage of HR 8, a bill that would require federal background checks on all gun purchases.

“This is extremely important because young Black males in this country are under assault,” she said. “I know gun violence prevention is how I got to Washington, so I have a stake in this, too. I’m still mothering.”

Terry Collins is a freelance journalist, commentator and provocateur, who has written for CNET, the Associated Press, and the Bloomberg Businessweek. Adam Turner is an Oakland based freelance photographer.