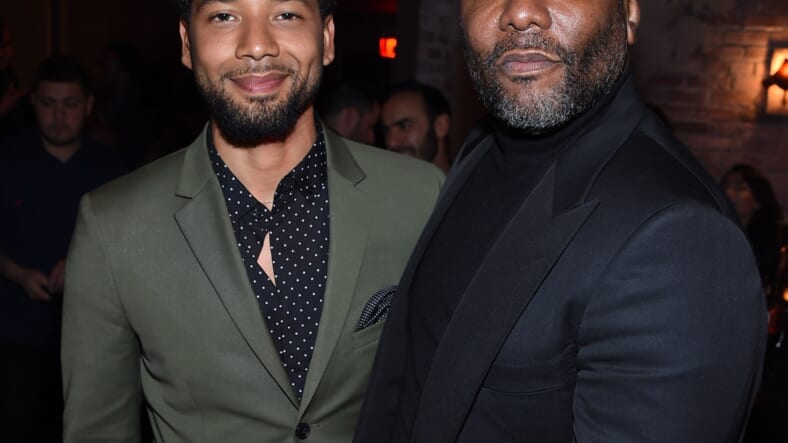 Jussie Smollett may have conceived of the idea to stage his own attack after his boss, Lee Daniels, shared that his cousin was assaulted because he’s gay, according to TMZ, which writes that this is at least what some members of the Empire cast believe.

According to TMZ, sources close to the Empire production said cast members think Jussie began concocting his plan days after Lee posted a video on Instagram on January 10 calling out homophobia. In that IG post, Lee, who created the hit drama, Empire, wrote that “this past week my cousin was beaten up for being gay and I am sick of hearing these stories.”

TMZ sources say Lee then showed up to the set and shared more about his cousin’s attack, which was met with cast members becoming visibly upset that Lee’s family had been victimized in such a brutal incident. Sources tell TMZ that this might have been the catalyst that gave Smollett the idea to begin plotting to take matters into his own hands.

According to the Chicago Police Department Superintendent, Jussie’s motive was money. He allegedly felt he was underpaid based on the salaries of his other cast mates on the show.

But things started to fall apart when two Nigerian brothers told police that Smollett hired them to beat him, douse him with bleach, yell racist and homophobic slurs and to put a noose around his neck. This week, Jussie was charged with felony disorderly conduct for filing a false police report and faces up to three years in jail.

Last week, sources told Deadline that Smollett has been canceled from future episodes of Empire. The show returns on March 13 for the remainder of its fifth season.

This past week my cousin was beat up for being gay and I am sick of hearing these stories. It’s the beginning of a new year and we need to do better. We need to continue to remember to love and to turn against the hate that we’re seeing out there. But we all need to fight that fight together. For all the people who are hurting, who are struggling, and who are trying to find some meaning in this life, I am here to say if you need a safe place or a ear to listen, then I’m here. I’m listening to what you’re saying and what you’re going through. I am standing up for you and will continue to fight for you. This is my mission and message to you for the beginning of 2019. If you are struggling check out the link in my bio and please go to @glaad @humanrightscampaign @trevorproject ??