Before her death in August, the legendary singer filed a police report that detailed a person stealing her checks. 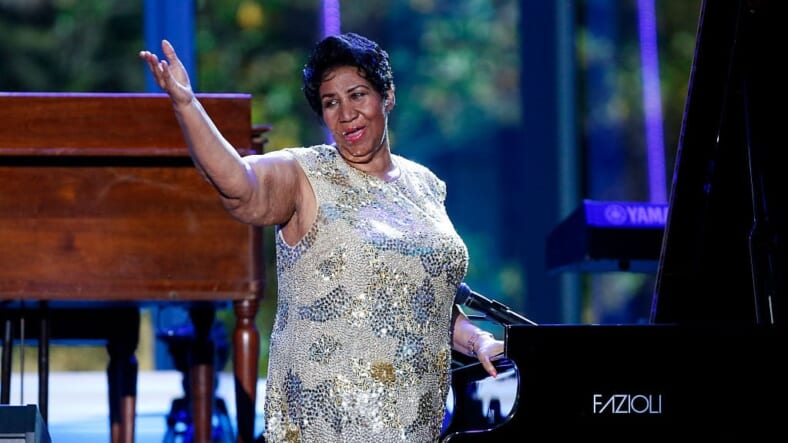 The financial woes of soul singer Aretha Franklin’s estate continues. Police say the person who allegedly stole close to $200,000 from the Queen of Soul’s bank account a few months before she died cannot be charged, according to TMZ.

In June, before her death on August 16, the legendary singer filed a police report that detailed a person stealing her checks. The suspect also transferred $178,000 from her account, the site reports.

An investigation was launched by Michigan police to find the criminal, but officials identified the person of interest after she died.

This news is unfortunate because prosecutors say they do not have sufficient evidence to file charges with only a police report. A testimony from a witness or the alleged victim is required, and they were not able to get a detailed testimony from Franklin while she was living.

Now, there is not enough evidence to provide proof of how checks were retrieved or if the legendary singer willingly gave the suspect the money.

There is a chance for more evidence to come about, but currently, the case is at a standstill.

Meanwhile, Franklin’s estate is dealing with other financial problems.

Franklin supposedly owes the IRS more than $6.3 million in back taxes from 2012 to 2018 based several audits. She also owes an additional $1.5 million in penalties, the site reported.

Attorney to the “RESPECT” singer’s estate, David Bennett said that her estate disputes the claims made by the IRS.  He said that Franklin paid the majority of what she owes before her passing.

“The Estate is diligently working to resolve any remaining issues,” Bennett said.

A publishing company is also seeking $136,000 in royalties from the singer’s 1973 song titled, “Angel.” Gregory Reed, Franklin’s lawyer filed documents back in October wanting nearly $54,000 to cover bills that date back to over six years ago as well.

Let’s hope Franklin’s estate gets the debt the estate supposedly owes figured out.