Police: Texas fire that killed pastor and his family being investigated as arson 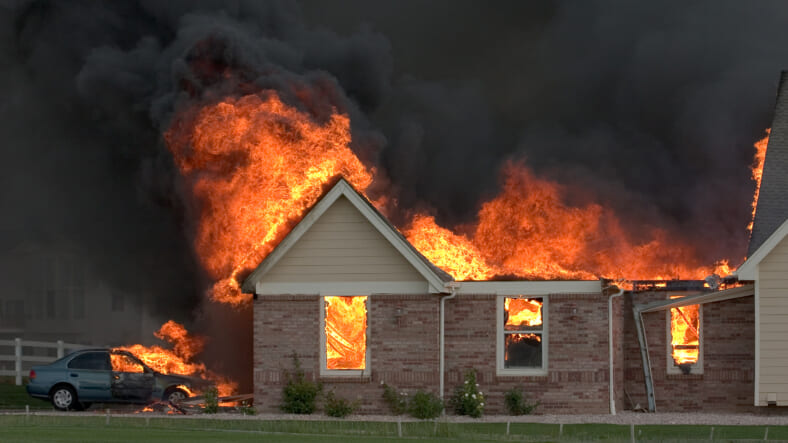 Texas officials now believe that the fire that resulted in the death of a prominent pastor and his wife may have been intentionally set.

According to Dallas News, Thursday, Eugene Keahey died in his home, along with his wife, Deanna Wilson-Keahey, and their 15-year-old daughter, Camryn Keahey.

Police say they arrived at the scene shortly after the fire broke out, around 4:30 a.m. and were able to rescue two people from a second-story window. The victim who was hospitalized was one of the couple’s other daughters, friends confirmed to the news publication.

While the state fire marshal’s office has yet to officially determine the cause of the fire, KDFW-TV (Channel 4) reports that the focus of the investigation shifted into a criminal inquiry, after samples of what were believed to be accelerants were retrieved from inside the home.

“They were able to collect a couple of different samples that will be submitted to DPS lab in Austin,” Cedar Hill police Sgt. Chad Cooley told Channel 4.

Eugene Keahey was pastor at Mt. Zion Baptist Church in Sandbranch, and in 2016 when the Flint water crisis made national headlines he did his part to also put a spotlight on the plight in Sandbranch, where the community had gone decades without running water.

Please share I know Pastor Eugene Keahey would do the same for me. #foreverinmyheart https://t.co/3nPL57r8bc

“In a city where there was no attention being brought to, he changed that,” said Trisha Allen, a family friend. “He changed Sandbranch.”

“They were a loving family that loved everybody, and he taught his children how to serve and give back to the community,” Allen continued. “If you saw him, you saw those girls helping their dad.”

Sgt. Cooley told KXAS-TV (NBC5) that police don’t believe an intruder entered the home to set the fire, have instead chosen and to review the pastor’s Facebook messages in hopes of finding some leads.