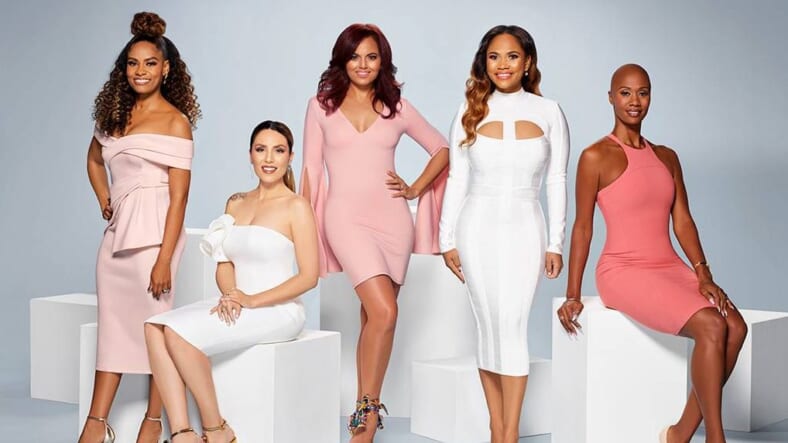 Bravo is ready to reveal a new batch of women who are living their best lives as doctors and doctor’s wives in their latest reality series Married To Medicine: Los Angeles.

The spin-off of Married To medicine kicked off last week with a special episode that showed the Atlanta ladies on a vacay to LA where they linked up with one of the new show’s cast members, Dr. Britten Cole, who is BFFs with Atlanta’s Dr. Contessa.

Check out the show’s official description:

Married to Medicine Los Angeles will give viewers a look into the elite and fast paced lives of five successful women, including doctors and doctor’s wives living in Los Angeles. With an incredibly small and exclusive African American medical community to lean on, these women share a special bond. However, when circles are this tight, it’s only a matter of time before paths and personalities collide. From juggling bustling careers and family life, to shifting rivalries and evolving friendships, one thing remains constant…they are all married to medicine.

Here are 5 things to know about the new girls on the Bravo block:

Dr. Imani is ready to get in your head. We’re already super interested din what this 6’2″ bald beauty has to say. The outspoken psychiatrist has a PhD. in reading and we’re guessing she won’t hold back when she’s ready to speak her mind. Seeing her strut the streets of LA with exuding confidence and class will be a highlight of the series and her super-hot husband is an added bonus. As the Medical Director of Gateways Hospital & Mental Health Center in LA, this lady will have no problems dealing with difficult divas.

They make their own rules. One thing about each woman on the casts that they live life on their own terms. Anesthesiologist, Dr. Britten Cole is a prime example, letting her sexy husband raise their kids in Florida while she pursues her medical career in Los Angeles. While many of the girls in the group have something to say about her non-traditional family life, she’s unapologetic about going after what she wants and making her life work for her.

Dr. Noelle Reid is a breath of fresh air. This brainy beauty is living life on her own terms and helping her patients do the same. The family doctor owns her own practice, Trinity Health and Wellness Center in Beverly Glen and offers an East meets West approach to treating everything from STDs to ear infections. She moonlights as a yoga instructor and teaches folks to meditate, something that might come in handy with this rambunctious group of ladies.

They’ll bring the drama. By the show’s first episode, the ladies are already knee-deep in drama and it doesn’t look like anything will be resolved overnight. Expect to see some sparks fly between doctor’s wives, Asha Kamali Blankinship and Shanique Drummond early on.

Things will get personal. While we’re used to seeing the women of the Atlanta-based series navigating marital issues and struggling to find work/life balance, the LA ladies are more likely to get super personal during their spats. Expect to see some major dustups over allegations of infidelity, and one especially troubling bit of gossip about Jazmin Johnson’s husband.