A Florida mayor of Jamaican descent is considering running for President

Wayne Messam believes not only does he solve problems, but is the "American dream." 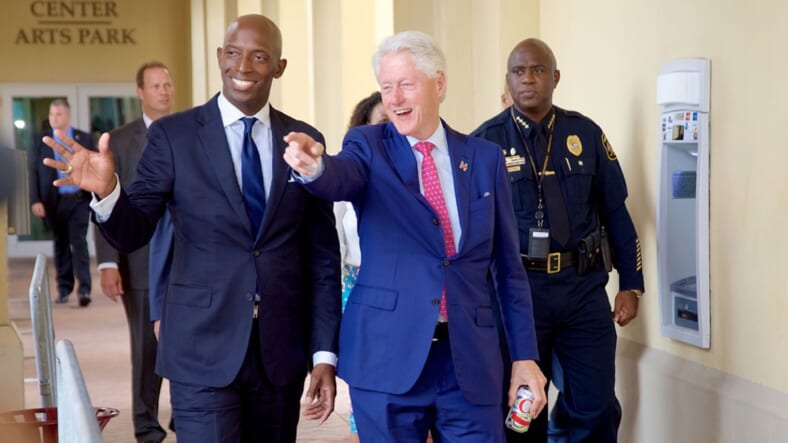 Miramar, Florida mayor Wayne Messam wants to throw his hat into the 2020 race to become the 46th president of The United States.

Messam is Miramar’s first Black mayor, and was recently re-elected this week for a second term to govern over the 140,000 population city.

“I’m not truly convinced solutions are coming out of Washington….Mayors are known to be problem-solvers. Mayors are known for being closer to the people,” the once-drafted wide receiver for the Cincinnati Bengals told VICE News.

“Quite frankly, [having been] in Washington for a lot of years, it’s kind of hard for me to believe that sensible solutions can come out of Washington that touch people the most,” he told VICE News.

Messam cited his parents’ migration to America as being a motivating factor, saying that he is “living the American dream.”

“The reason why I’m running is because I’m living the American dream. My immigrant parents are immigrants from Jamaican and that’s an American dream that is, quite frankly, slipping away from America.”

When asked his views on socialism, and if he was a socialist, Messam somewhat danced around the response, instead opting to detail his success in running a business.

“I’m a business owner. I’m in business to make money. However, I’m a mayor who fought for a living wage. And I believe healthcare should be a right. I think solving the problems of America is what’s good.”

Messam says that he will make his final decision on his presidential run by the end of March. In the meantime, the first Democratic primary debate is in June and has a few minimal requirements that the mayor admittedly has yet to meet.