Beto O’Rourke throws his hat in the ring, announces run for president 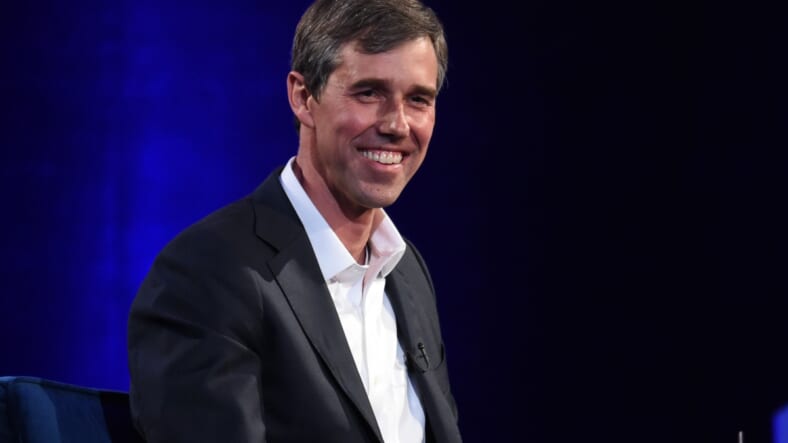 “The only way for us to live up to the promise of America is to give it our all and to give it for all of us,” O’Rourke said in his video address.

He added: “This is a defining moment of truth for this country, and for every single one of us. The challenges that we face right now; the interconnected crises in our economy, our democracy, and our climate have never been greater. And they will either consume us, or they will afford us the greatest opportunity to unleash the genius of the United States of America.”

O’Rourke gained national fame after a passionate speech at a town hall meeting last year, defending NFL players who decided to kneel during the national anthem.

On Saturday, the former Texas congressman plans to rally with Eric Gidden, who is running for a state Senate seat in Iowa.

Last month, O’Rourke gave a little hint that he was planning to run during a taping of Oprah Winfrey’s program Oprah’s SuperSoul Conversations from Times Square.

“I have been thinking about running for president,” O’Rourke told Winfrey as the crowd cheered. “I’m so excited at the prospect of being able to play that role.”

At the time, he said the choice to run would have to be a family decision.

“For the last seven years, my family hasn’t seen me,” he said. He added, “That’s the far more important responsibility.”

The Club for Growth, a conservative political interest group, known for typically being critical of former president Barack Obama is showing a chameleonic strategy, one that now finds it using a new two-minute ad praising Obama and slamming Rep. Beto O’Rourke as has now decided to run for the White House in 2020, according to Politico.

In the ad, titled “Pedigree,” the group comes hard for Beto, saying in part:

“…While both earned undergrad degrees at Columbia, they blazed different paths. Obama championed progressive causes on campus, seeking to combat inequality and harmful stereotypes. Beto perpetuated them, casting aspersions on working women whose “only qualifications seem to be large breasts and tight buttocks.”

It was actually a reference to a theater review O’Rourke wrote when he was a 19-year-old student at Columbia University about Broadway performers in a musical. When it was brought up during his failed Senate campaign last year, he apologized for it.