In addition to making room for the Texan, she detailed her tax plan for the middle class 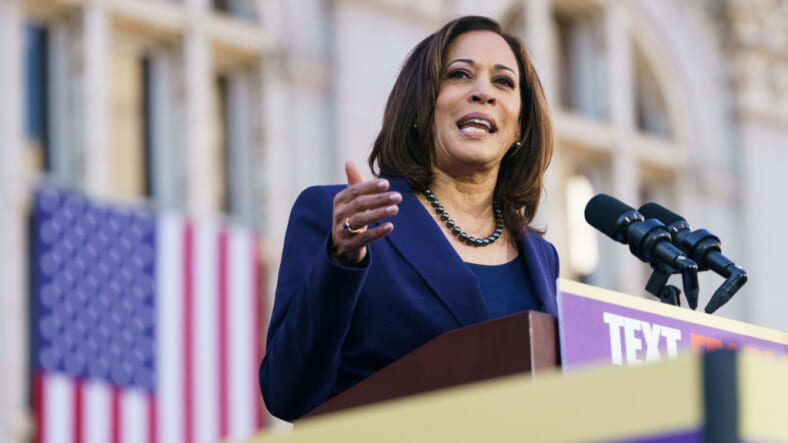 On Thursday, after officially announcing his run for president, Dem. Senator Kamala Harris welcomed Beto O’Rourke to the race. Having another person throw their hat in the ring did not bother her one bit.

“As far as I’m concerned, the more the merrier,” Harris, who launched her presidential campaign in January, said during her airtime on MSNBC. When asked about O’Rourke’s candidacy, the D-Cali Senator said there is an “embarrassment of riches” among the Democrats who are running for president.

Democratic candidate O’Rourke is a former three-term congressman of Texas and hasn’t fully fleshed out his plans for his 2020 presidential run. California’s own Harris, elected to the Senate in 2016, stressed that voters will be focused on whichever candidate has a “proven record of producing” results.

“I think that there is no question, everybody in our country has a lot at stake in the outcome of this race. People care about the issues that wake them up in the middle of the night, and they want to know that we have a plan for it,” Harris said on MSNBC.

She then used the airtime to lay out her middle-class tax plan which includes a $500-a-month ($6000 a year) proposal, which would be granted to families earning less than $100,000 a year, and $3,000 annually to individuals earning less than $50,000. The grants would ideally come in the form of tax breaks.

According to the Tax Policy Center, about half of American families would receive a tax cut under Harris’ proposal, with nearly all of the funding going to those making less than $87,000. The plan is one of the most costly Democratic proposals introduced by a contender for the presidency, however, it is projected that Harris’ plan would reduce federal revenue by about $2.8 trillion in 10 years, according to an analysis from the nonpartisan Tax Foundation.