It's another sad love song for Birdman's fiancé. 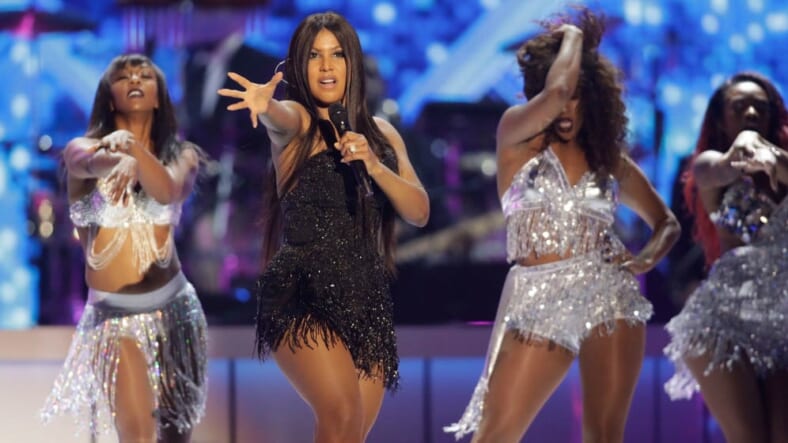 The 50-year-old Grammy winning artist might be facing money troubles again if she doesn’t reconcile her back taxes issues soon.

The tax liens reportedly derive from two state liens and two federal lien all dating back to 2015 and 2016.

Many remember when Braxton filed for bankruptcy in 1998 and 2010.

In 2014, Braxton reportedly had over $10 million in debt erased after completing all of the necessary requirements for her second bankruptcy. At the time, she claimed that her massive debt was due to medical debt after she had to cancel several concerts due to health problems.

Two years later, in 2016, it was reported that Braxton had been hit with a $125,000 tax lien for back state taxes. The lien was reportedly filed on Aug.17, with the state of California set to begin seizing her assets if she didn’t pay what she owed.

It is unclear if the singer ever settled the debt, but unfortunately, the taxes are the only guarantee in life.

As Braxton has attempts to move on from her debt, she may have some help this time around. Braxton is reportedly engaged to music mogul, Birdman and flashed a huge diamond ring during a promo for the upcoming season of Braxton Family Values.

In the video Braxton teases that she has an announcement and says, “I’m engaged.”

The engagement is no surprise according to those closest to the couple. “They’re so in love with each other. I’m surprised that they even waited this long to do it,” sources added.

The two are reportedly planning to hold a big reception with their friends and family after their wedding to celebrate their marriage, but the ceremony itself has allegedly already occured.

Perhaps the multi-millionaire music mogul will lend a hand to his future wife, although it’s pretty clear that his money management skills aren’t so tight either.

Grio fam, what do you think? Should Birdman bail out his future bride?