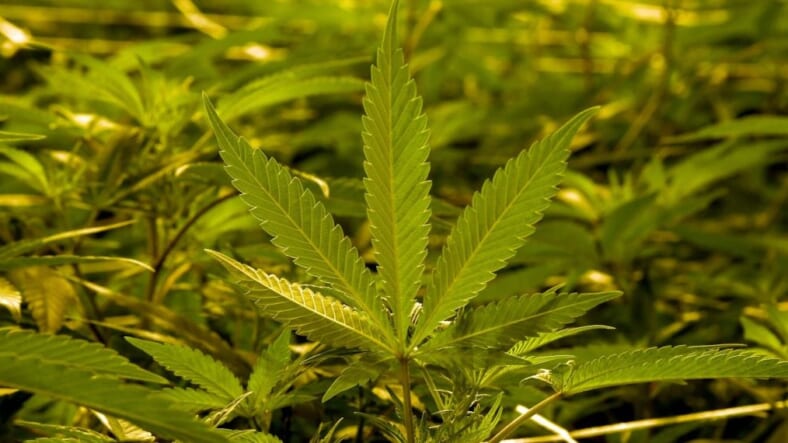 New York state assemblywoman Crystal Peoples-Stokes and other Black lawmakers in the state are blocking a push to legalize recreational marijuana, urging that Gov. Andrew Cuomo‘s proposal be revised to better benefit African Americans before approval.

According to the city’s lawmakers, the Governor of New York’s latest proposal to legalize recreational marijuana could further perpetuate the ongoing racial inequality already enforced by current drug laws.

READ MORE: New marijuana legislation could finally help balance the scale of war on drugs effects on the Black community

Despite that fact that 10 states and Washington D.C., have already legalized recreational marijuana, New York state lawmakers say that unless people of color are guaranteed the rights to benefit from the potentially $3 billion industry, there may be no legalization in 2019, according to The New York Times.

The legislators want to be assured that a portion of the profits from the retailing of recreational marijuana goes towards job training programs and minority-owned businesses that fall under the marijuana market. They also want to be sure that minority entrepreneurs will be able to receive licenses to cultivate or sell marijuana without any bias.

As it stands, out of the 10 states and Washington that have legalized recreational marijuana, none have enforced in their laws that minority communities must share in any economic benefits of legalization. This detail alone would greatly aid in redressing the years of having a disproportionate number of African-Americans arrested on marijuana charges.

New York Assemblywoman Peoples-Stokes said this is an opportunity that New York refuses to miss.

“I haven’t seen anyone do it correctly,” Peoples-Stokes said. “They thought we were going to trust that at the end of the day, these communities would be invested in. But that’s not something I want to trust. If it’s not required in the statute, then it won’t happen,” reports the newspaper.

Peoples-Stokes is the first Black woman to serve as Assembly majority leader.

Critics say that although a successful business, marijuana legalization has only benefited majority white, and wealthy, investors.

In Colorado, Black entrepreneurs said they were banned from winning licenses because of marijuana-related convictions, with only a handful of Black people being cultivation or dispensary license holders, out of the existing thousands.