Singing "Livin' la Vida Loca," she proves that despite being sick the show must go on 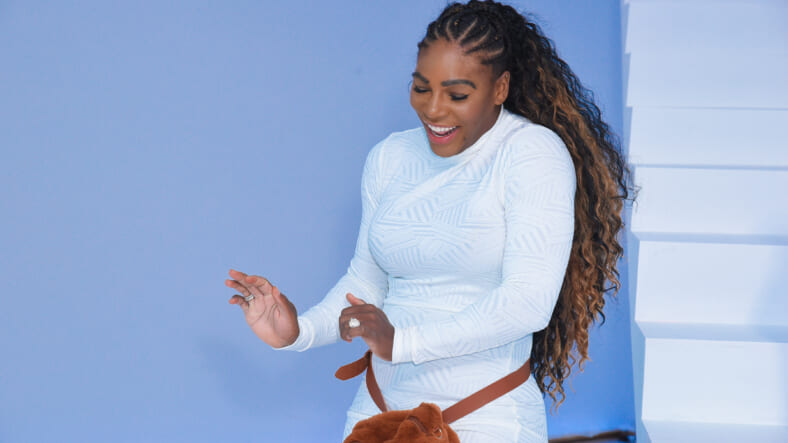 Serena Williams and a group of friends were recently spotted enjoying a night of cocktails and karaoke after the tennis star recently opted out of the BNP Paribas Open tournament.

On Wednesday night, Williams proved that one bad tournament (or viral illness) doesn’t stop the show, as the tennis pro was spotted at Neil’s Lounge in Indio, CA singing Ricky Martin‘s “Livin’ La Vida Loca.” The ladies’ night out comes just days after Williams suffered fatigue and a dizzy spell during her first tennis tournament following a five-week break.

READ MORE: What made Serena Williams stop playing in the middle of an important match?

Despite kicking off with a 3-0 lead over two-time major champion Garbine Muguruza in their third-round match, Williams dropped six straight games and the first set, 6-3. After being looked over by a trainer and on-site medical officials, the match was soon declared over and Williams walked off the court.

“By the score, it might have looked like I started well, but I was not feeling at all well physically,” Williams commented in a statement distributed by tournament officials.

“Before the match, I did not feel great and then it just got worse with every second; extreme dizziness and extreme fatigue. I will focus on getting better and start preparing for Miami,” Williams promised to fans.

The cause for the 37-year-old’s early retirement from the tournament is said to be from a viral illness.

Williams was playing her first tournament since the Australian Open in January when she lost in the quarterfinals. After a first-round bye in Indian Wells, she beat Victoria Azarenka, 7-5, 6-3, on Friday night.

READ MORE: What made Serena Williams stop playing in the middle of an important match?

Williams departure from the Indian Wells game makes it the second time in four years that the tennis pro has withdrawn from a tournament.