He abducted her Monday at gunpoint at a gas station in Escambia County, Fla. 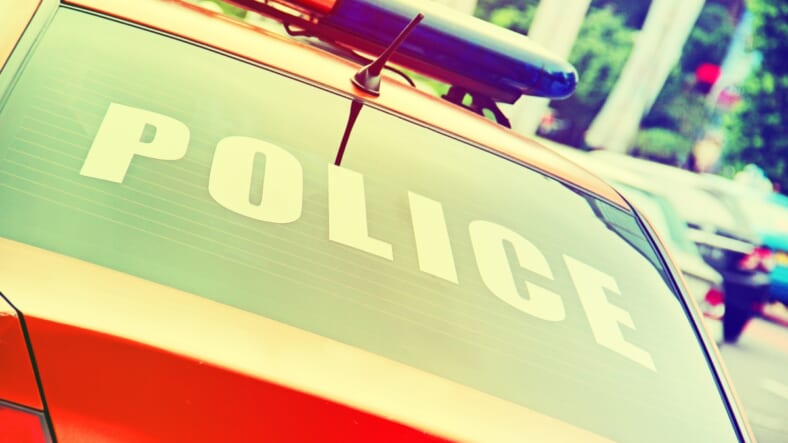 A member of the Aryan Nation was arrested Tuesday on charges of raping and kidnapping a Black woman, police said.

Joshua Edwards, 37, was arrested in Escambia County, Fla., on charges of armed carjacking, kidnapping and sexual battery after a crime spree that began Monday about 11 p.m. EST, when he kidnapped the woman from a gas station, according to Newsweek.

READ MORE: Texas student accused of pouring bleach on roommate because of weed?

A judge set Edwards bond at $6 million at his first court appearance on Wednesday. His next appearance will be on April 11.

The incident began when he reportedly pointed a 9mm pistol at the woman as she was pumping gas and “told her to get in the car and stay quiet.” The woman, whose name has not been released, told police Edwards made her drive.

At some point, Edwards reportedly took over the wheel of the car and drove them to Lillian, Ala., and back to Escambia County.

During the drive Edwards allegedly popped ecstasy and forced the victim to take narcotics, while pointing a gun at her head.

He is then accused of repeatedly raping the woman at gunpoint on Tuesday morning at Bill Dixon Park, the report said.

When the car broke down, he forced the woman to help search for another vehicle, the report said.

Police said Edwards found another woman outside her home and pulled a gun on her. He forced her to hand over the keys to her car and then drove off, leaving the two women behind.

The second victim ran into the house and called 911. Edwards was captured a few hours later at a nearby Walmart.

News 5 reached out to investigators and prosecutors to see if the attack was racially motivated.

Police spoke to the mother of the second victim, Mary Staples, on Tuesday. She described her interaction with the woman who had been attacked.

“She was pretty controlled until she stepped inside and then she fell apart and cried for about 45 minutes hardly able to speak,” Staples said. “She said that he had raped her and that he had taken her car.”