R. Kelly not responsible for cancelled meeting between girlfriend and family, lawyer says

As the drama surrounding the embattled singer continues, he is still denying he is keeping his companions away from their families and says he is not standing in their way 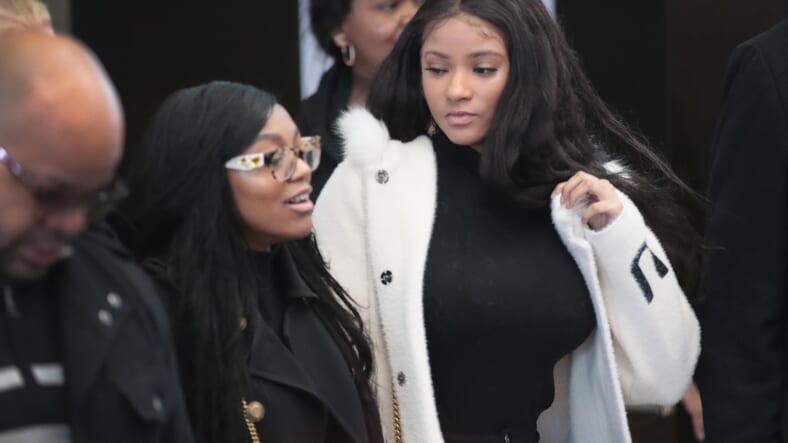 R. Kelly is not to blame for a cancelled meeting between his supposed girlfriend Azriel Clary and her family that was supposed to take place this weekend, according to the singer’s lawyer.

Clary, whose family has accused Kelly of keeping her in a “sex cult,” reportedly hasn’t seen her family in several years but was supposed to meet up with them on Saturday night in Chicago, according to TMZ. Steve Greenberg, R. Kelly’s lawyer, said the plans were axed after Azriel changed the meeting location at the 11th hour. TMZ reported that Azriel wanted the meeting held in a conference room at Trump Tower Chicago. The previously agreed upon spot was inside a different hotel located a block away.

Kelly was blamed for the last-minute change so that his security could be there, but Greenberg says it was Clary, not Kelly, who switched the location a day before the meeting, TMZ reported. Greenberg says Kelly had never intended to attend the meeting.

Apparently Clary wanted the Trump Tower location because she felt she could better control who had access to the meeting since the building is where she lives, Greenberg told TMZ. Azriel feared her family would turn the meeting into a circus and invite the media, he added.

But her family reportedly didn’t like the new terms. When she switched the location, Greenberg said, Azriel’s family cancelled the meeting.

Michael Avenatti, the lawyer who represents Azriel’s family, has a different take on what transpired.

“On Friday, R Kelly’s camp tried to abruptly change the terms of the meeting at which time my clients and I decided not to participate because the terms were not acceptable,” Avenatti told TMZ. “We are now attempting to reschedule the meeting on agreeable terms so my clients can see their daughter.”

This isn’t the first time a family meeting of one of Kelly’s companions was cancelled for a similar reason. Joycelyn Savage‘s family had a scheduled meeting but it was reportedly got canceled for the same reason – she demanded the meeting be held in Chicago.