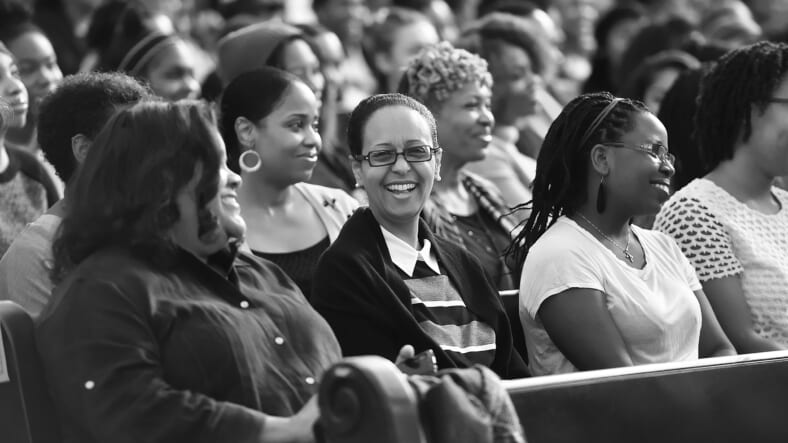 In honor of celebrating its 75th anniversary in New York, the United Negro College Fund gave back in a positive way by raising $500,000 to give to UNCF’s HBCUs and “deserving” students.

Read More: Future, Tyrese and Usher each donate to UNCF

“There are millions of Americans who, over 75 years, have invested in UNCF and better futures for our students, and through that success, for all of us,” president and CEO of UNCF, Dr. Michael L. Lomax said according to Benzinga. “Tonight, we raised the resources our HBCUs need to do their invaluable work. Tonight, we fund scholarships that narrow the gap between college costs and family resources. And together, we change the narrative of our HBCUs, which help strengthen and elevate a new generation of young, black and gifted students.”

Notable philanthropists and business leaders gathered together on March 21 to recognize corporations in New York and philanthropists who have shown support to the organizations.

Those that were honored at the event included former mayor and “education changemaker,” Michael R. Bloomberg, who accepted the UNCF Lifetime Achievement Award. Bloomberg has been a long-time advocate for the organization. CUNY Trustee, Dr. Una S.T. Clarke was presented the UNCF Shirley Chisholm Award by her daughter, U.S. Rep, Yvette Clarke (D-NY). Delta Airlines was also recognized at the event with the UNCF Corporate Partner Award. Co-founder of Essence magazine, Edward Lewis served as honorary co-chair.

“Our honorees have partnered with UNCF to strengthen our HBCUs and further our mission of securing better futures for us all,” Diego Aviles said, who serves the vice president of development for UNCF. “Their contributions to education for the underrepresented have opened the doors to a college education for students who could not otherwise have afforded it.”

During the span of its history, UNCF has raised more than $4.8 billion since it was founded. The organization has helped close to half a million students obtain college degrees at “UNCF-member HBCUs”.