‘Native Son’ director, Rashid Johnson, on the importance of Black voices in Hollywood 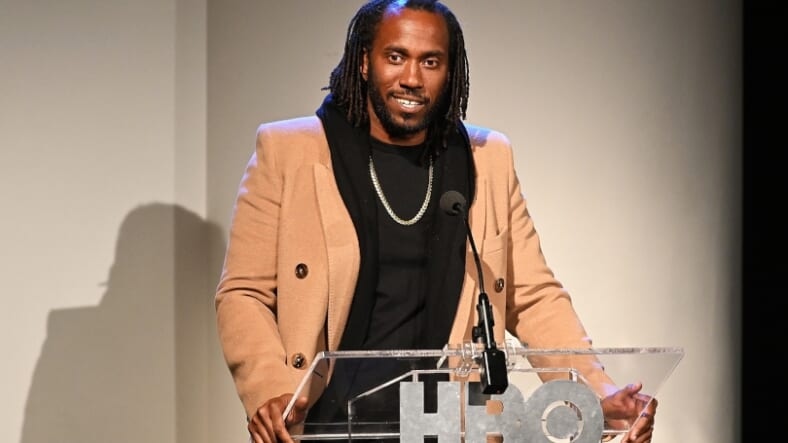 Richard Wright’s classic novel, Native Son, is making its way to HBO and you don’t want to miss it. Similar to the novel, the film will tell the story of Bigger Thomas (played by Ashton Sanders), a young African-American man living in Chicago who is hired as a chauffeur for affluent businessman Will Dalton. As Thomas enters this new world of money and power— including a precarious relationship with Dalton’s daughter, Mary—he faces unforeseen choices and perilous circumstances that will alter the course of his life forever. The film is directed by Rashid Johnson.

During an exclusive screening event in New York City, Johnson shared with theGrio the importance of telling the stories of Black people.

“You know, it’s really important to have voices from every different community telling different kinds of stories,” said Johnson. “And, in particular, you know with the long history of Black stories that we have access to in this country, we need Black voices both male and female to begin to translate some of those stories and we’re starting to recognize that there’s a really broad audience to hear what it is we have to talk about. And I think we need to just kind of capitalize on this moment and continue to build forward.”

While directing Wright’s story, the Chicago native shared that he learned some life lessons along the creative journey.

“Stay humble and be a great listener,” Johnson said. “Hear what people are telling you, especially people who have a lot of experience in working in this industry, in different capacities. Be a great listener. Pay a tremendous amount of attention and lead from underneath, when you get a chance.”

Playwright of Native Son, Suzan-Lori Parks, reveals what it was like to bring this film to life.

READ MORE: Offset defends Cardi B as the controversy around her comments on drugging and robbing men continues

When asked what she hopes people will take away from the film, Parks mentions that no matter where we are from or where we are going, we are connected. We’re all part of the same thing and we’ve got to get real about that.

For more information visit https://www.hbo.com/movies/native-son. Native Son will also be available on HBO NOW, HBO GO and HBO On Demand.

Check out more interviews below!