Beyoncé special is coming to Netflix on April 17

The Beyhive is losing its’ everloving mind after Netflix announced on Sunday that Homecoming, a new offering that is reportedly about Beyoncé’s performances at last year’s Coachella Valley Music and Arts Festival, will be available to stream on April 17. 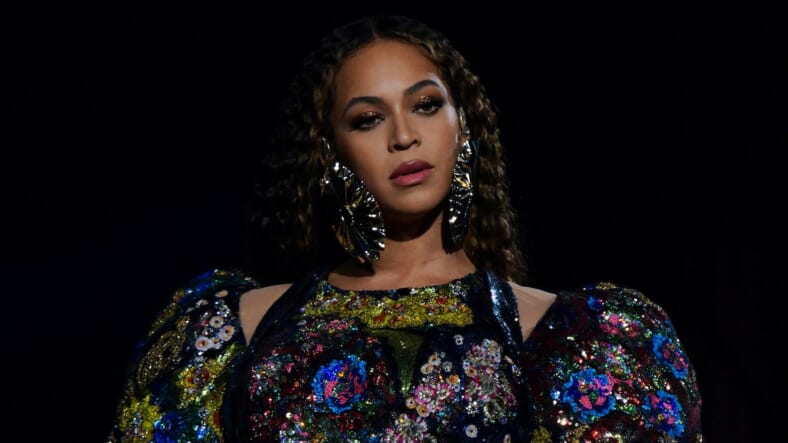 The Beyhive is losing its ever-loving mind after Netflix announced on Sunday that Homecoming, a new offering that is reportedly about Beyoncé’s performances at last year’s Coachella Valley Music and Arts Festival, will be available to stream on April 17.

Not only was the Queen B the first Black woman to ever headline Coachella, she did it in fine fashion, with a nod to the culture. Beyonce’s historic, two-hour set at Coachella was reminiscent of a half-time show at historically Black colleges and universities (HBCUs). The performances even included a reunion with her Destiny’s Child group members and the song “Deja Vu” with her husband, Jay-Z.

To top it off, Beyonce unveiled at Coachella her Homecoming Scholars Award Program, a program she established to give scholarships to students attending HBCUs and majoring in select fields, according to The Huffington Post.

READ MORE:Beyoncé links up with Adidas as new creative partner

But now something big and “Bey” is coming to Netflix.

Last week, US Weekly magazine reported that Beyoncé and Netflix were partnering on a special on her 2018 Coachella performance that incorporated additional footage although at the time, reps for Beyonce and Netflix remained mum.

On Sunday, Netflix tweeted the date when Homecoming will air, against a solid, bright yellow backdrop, but hasn’t said yet what it actually is and whether this is from Bey’s Coachella performance. None of this stopped Queen Bey fans from wildin’ out all up and down these social media streets, posting an assortment of video and picture memes and words of excitement, surprise and amazement.

“I would like to go on record as stating that a Beyonce special will break streaming records for Netflix,” said Shanita Hubbard in response to the tweet.

“OMG this is unbelievable,” said @SebastianSavege.

We shall all find out soon enough.