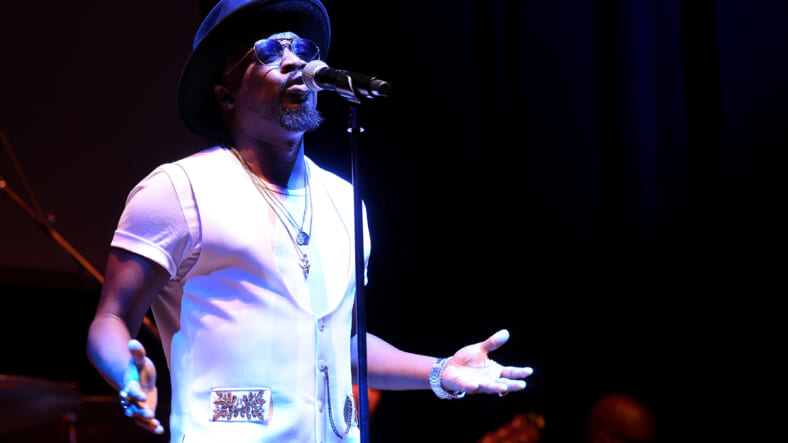 R&B singer Anthony Hamilton may be one of the celebrities performing at Nipsey Hussle’s memorial service in Los Angeles on Thursday, The Blast is reporting.

As family and friends gear up to remember and celebrate the West Coast rapper and community activist in a service expected to be jam-packed, many celebrities are also expected to turn out. Some of these celebs will be pegged to either perform or speak.

According to The Blast, sources involved in the planning of Nipsey’s “Celebration of Life” service say that Hamilton, who was a fan of Nipsey’s and even recorded an unreleased track with the rapper for his Victory Lap studio album, will be one of the main performers.

Hamilton has quite a few hits to his credit, and also is a 2009 Grammy award-winning artist. He won his Grammy for a song he did with the legendary Al Green called “You’ve Got The Love I Need.” His huge catalog of songs could be what’s vexing Hamilton as sources say he has not yet determined what song he will sing at the memorial service, but is weighing a few options.

Earlier this week, the Staples Center released all of its complimentary tickets just minutes after they became available to the public. But that might not be the case for the rapper’s celebrity friends. This week, many celebrities and high-profile stars were reaching out to alternative connections to try and score tickets to the service.

The Blast reported that guys on Nipsey’s team are handling getting tickets for Nip’s A-1s, including his family, celebrity friends and some guys from around his way. There shouldn’t be a problem preventing any of these friends and high-profile associates getting in.

But scalpers and people intent to cause ruckus should be forewarned that the event will be heavily guarded by members of the LAPD, The Nation of Islam and security personnel from The Staples Center, according to TMZ.