With a program called "Moguls in the Making," Detroit rapper shapes next generation of business leaders 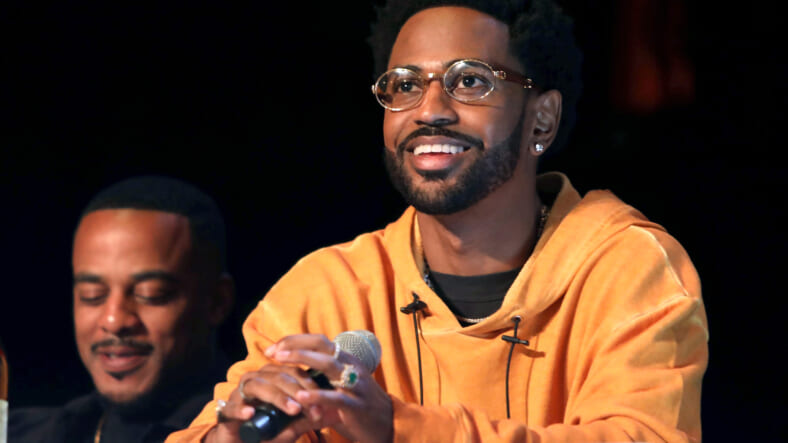 Big Sean attends the Winner of Producers Series Season 5 (Photo by Jerritt Clark/Getty Images for Remy Martin)
Detroit emcee Big Sean returned home with the Thurgood Marshall College Fund and Ally Financial, Inc., to host an entrepreneurship competition called “Moguls in the Making” among students of Historically Black College and Universities.
The goal of the competition is to foster the want to be future corporate and small business leaders and took place at the Microsoft regional headquarters, where they talk about  business and how to manage it, using tools as paystub payrolls and more.
Read More: N.C. Central University and Prairie View A&M rep HBCUs in NCAA Basketball Tourney
The program lasted for three days and over the course of the weekend allowed for students to entrepreneurial development, mentoring and pitch competition, in addition to presenting their business plan to the “Blessings” rapper and a panel of judges.  Along with Sean, judges included Ally CEO, Jeff Brown; Andrea Brimmer, Ally Chief Marketing and Public Relations Officer; Anand Talwar, Deposit and Consumer Strategy Executive; Tommey Walker, Principal, Detroit vs. Everybody; and George Spencer, TMCF Executive Vice President of Business Development, Innovation and Entrepreneurship.
According to The Detroit Free Press, in addition to the interaction with the HBCU students, Big Sean and Mayor Mike Duggan spoke about the importance of the 2020 census with local leaders and youth members.
Read More: Cheyney University: Oldest HBCU struggles to maintain accreditation
The weekend program was in development for three years and sprouted from Sean who spoke to Brimmer after a local performance.
“These kids don’t get the same opportunity that a lot of other colleges and universities get, and so many of these kids are first-generation of having gone to college, and it’s really, all around, economic mobility and providing this better path forward,” Brimmer said.
Read More: #BlackExcellence: Georgia teen, accepted at 31 colleges, to attend HBCU
The competition originally attracted 500 HBCU applicants before being narrowed to 50 students from 10 schools that are connected to the TMCF: Alabama A&M University, Elizabeth City State University, Florida A&M University, Howard University, Jackson State University, Morgan State University, Norfolk State University, North Carolina A&T State University, Tennessee State University, and Virginia State University.
The weekend program was in development for three years and sprouted from Sean who spoke to Brimmer after a local performance.