OPINION: It’s time to look past Chicago Mayor elect Lori Lightfoot’s sexuality and take a take a long, hard stare into her politics

On April 2nd, 2019 Chicago elected its first lesbian, Black mayor. To some, we made history. To me, we made a mistake.

Lori Lightfoot, on the outside, reflects change, but politically, she represents everything but a progressive agenda.

In fact, Lightfoot prioritizes the Chicago Police Department over communities in Chicago. There’s no greater example then when she denied justice for Rekia Boyd, an unarmed, Black women who was shot and killed by Dante Servin, a former Chicago Police detective. Servin was acquitted after a judge determined that prosecutors failed to prove he acted recklessly.

According to the Chicago Sun Times, On March 21, 2012, Servin was called to the Douglass Park area due to a noise complaint. He saw Boyd and her friends and later claimed they were arguing in an alley. Whether Servin calmly approached the group or was rude and aggressive towards them is still debated. 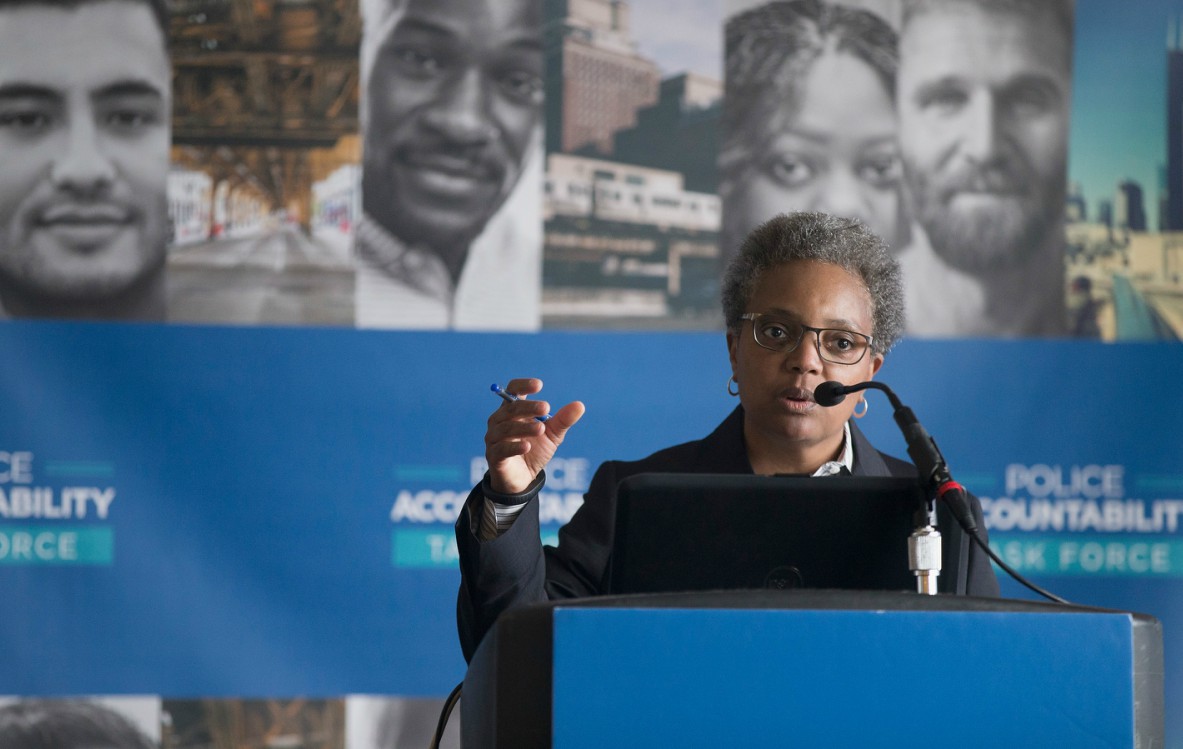 One of Boyd’s friends, Antonio Cross, claims that Servin attempted to buy drugs from the group. When Cross told Servin to “get his Crackhead ass out of here,” Servin allegedly pulled a gun, stuck it out of the window of his car and fired into the group, hitting Boyd in the head. She died two days later. Boyd was only 22-years old.

Servin claimed that Cross had a weapon, but there was never one found. Servin was afforded the privilege to resign from his position (ultimately preserving his pension), but has will never serve jail time for killing Boyd.

Lightfoot failed Rekia Boyd and there are those of us in Chicago who know it.

Several local young “Black, Brown, Native, white queer, Trans and gender-nonconforming” activists organized behind the​ #StopLightfoot ​movement before the April 2 run-off mayoral election. It was meant to prove that Lightfoot is not the progressive she claims to be.

“​Lori Lightfoot is a law-and-order candidate trying to run as a progressive, but should be recognized as a wolf in sheep’s clothing,” states the section on Lightfoot on Policing and Criminalization on stoplightfoot.com.

“She has deep ties to police, a track record of blatantly disrespecting families lost to police violence and Black Lives Matter activists. She has made it clear her vision for Chicago is more investment in police and prisons and that she absolutely can not be trusted as a the reformer of CPD she’s pretending to be.”

​There is a reason why organizations like BYP100, Assata’s Daughters and more have vehemently opposed her.

It’s time for the residents of Chicago to look past the awe of Lightfoot’s sexuality and take a long, steady peek into her politics.

One big issue that the last two mayoral candidates, Lightfoot and Toni Preckwinkle, talked about during their campaigns was the building of a $95 million police and fire academy in West Garfield Park. This training facility was proposed and approved by City Counsel leaders this past February with the hopes that it will better train police officers and fire department officials, specifically the ones who interact with marginalized communities.

Preckwinkle was vehemently opposed to the idea. She believed that $95 million was too much to spend and the focus and funding should be spent on finding ways to improve public safety. Lightfoot, however, publicly supported throwing even more money at the training facility, hoping that it could eventually serve policing on the federal, state, and local levels.

She never thought that this $95 million dollars is money divested from communities that desperately need it, namely the South and West sides of Chicago, which are in dire need of better schools and smaller class sizes. We need more grocery stores and mental health facilities. We need community gardens and green space, but to folx like Chicago’s current Mayor Rahm Emanuel and his politically synonymous Mayor-elect Lori Lightfoot, the money would be better spent on the further militarization of Black and brown bodies. 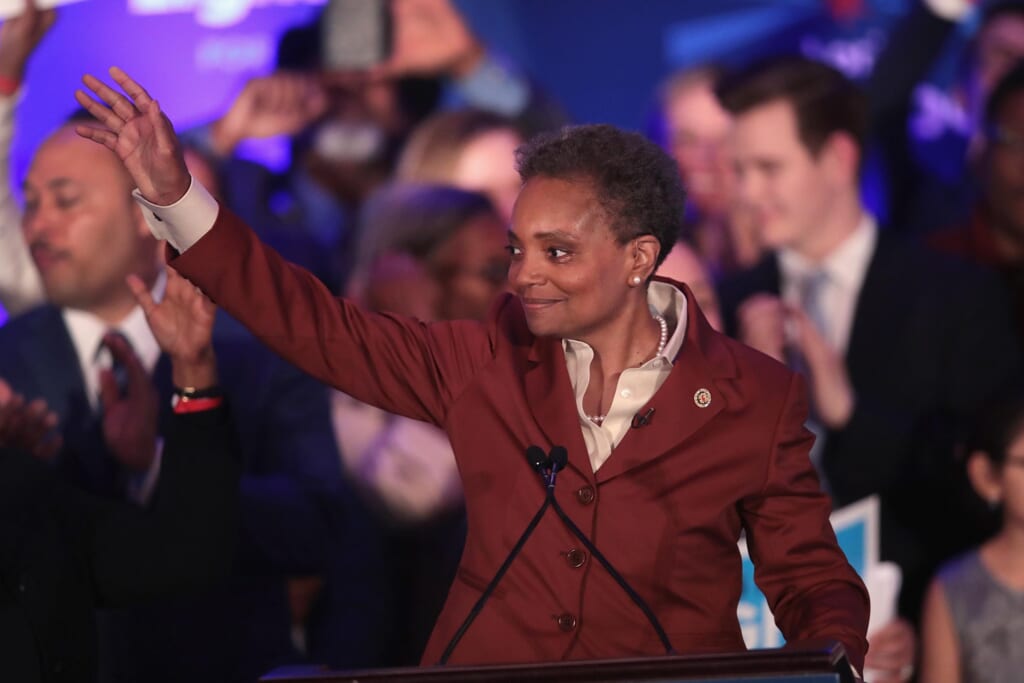 Lori Lightfoot delivers a victory speech after defeating Cook County Board President Toni Preckwinkle to become the next mayor of Chicago. (Photo by Scott Olson/Getty Images)

The $95 million dollar police academy was Emanuel’s baby and now Lightfoot is making sure to bring it to fruition. In fact, she proposed that Chicago uses one of the many closed down high schools to house it. Coincidentally, when Lightfoot presented this “bright,” cost-effective idea, the City Council had already decided to vote on whether or not they were going to use the ​South Shore high school​ for this purpose.

Although Lightfoot tried to retract from this idea, saying she isn’t going to allow this to happen on her watch, it is too big of a coincidence to not acknowledge where her loyalty truly lies. She stood in contrast to her opponents, Preckwinkle, who was against the idea entirely and community organizer Amara Eniya, who also passionately voiced her concerns siding with organizers from the #NoCopAcademy movement.

Trust me when I say that Rahm Emanuel and Lori Lightfoot are politically in sync, which is a danger for Black and brown folx. These two have a relationship that goes back to 2015.

Lightfoot, a former federal prosecutor, was the head of the Chicago Police Board, which was established to engage community members around police misconduct, decide on disciplinary cases against police officers, and be the deciding voice when the police Superintendent and the President of the Independent Police Review Authority (IPRA) are in disagreement.

In December 2015, Emanuel announced his own review system on police accountability. The Police Task Force, which had the same mission as the Chicago Police Board, concluded that racism does play a role in the way Chicago’s police officers treat its minority residents.

Lightfoot as the new Mayoral-elect of Chicago is not a safe choice. As a queer, Black womxn, I cannot support her. I encourage folx to take off their rainbow-clad, neo-liberal lens and see Lori Lightfoot for who she really is.

Kwyn Townsend Riley is a poet and a BYP100 organizer from the Southside of Chicago. Kwyn hosts a monthly open mic at The Breathing Room, hosts with SoFar Chicago and has performances throughout the city. Kwyn is the author of two books “and She Wrote” and “and She Will.” You can follow all of her moves, books, and performances at  @kwynology and on her website kwynology.com