Seems like the "Song is Mine" drama is over, and Black girl magic sparkles all over the stage 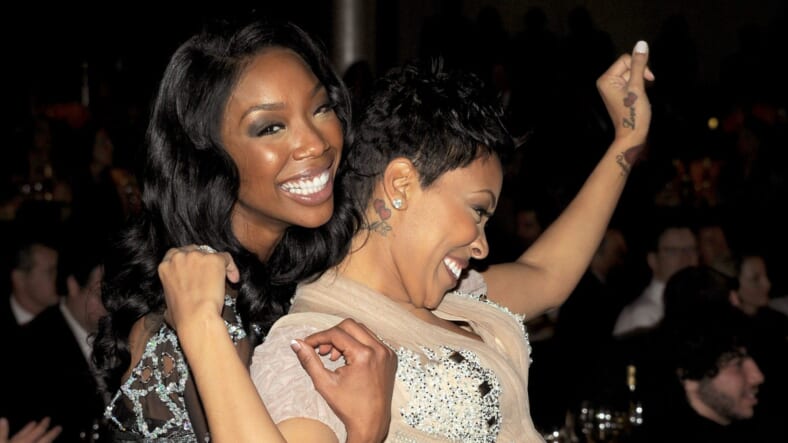 It looks like our favorite R&B artists from the ’90s have put their issues aside. Live Nation Urban revealed on Instagram this week that Brandy and Monica are set to go on tour together for the platform’s new concert series called “Femme It Forward.”

The “Boy Is Mine” songbirds will be joining a list of other talented Black artists including Teyana Taylor, Cardi B, Ashanti, City Girls, Jill Scott, Mya, Keri Hilson, Faith Evans, Jorja Smith, Amerie and more.

“Femme It Forward” will also host panels and comedy shows from April through October. Some of the proceeds will be provided to organizations who are geared toward the advancement of women.

It’s great to see that Brandy and Monica have put their differences aside to work together towards a greater cause with some of our favorite female artists from the ’90’s and ’00s.

Read More: Monica and Shannon Brown call it quits and file for divorce

According to MadameNoire, the two women have had their fair share of issues in the past dating all the way back to the late ’90s. They eventually made up by collaborating again with their song “It All Belongs To Me” in 201, but the two reportedly fell out again over the promotion for the single.

The two seemed to continue to have differences within the past few years, but it looked like Monica decided to put their differences aside after calling Brandy an “amazing performance” during one of her concerts last summer.

Brandy also followed suit when she posted a picture of herself and Monica from “The Boy Is Mine” video in honor of Black History Month.

It’s so great to see the two both living above the drama! The artists are scheduled to headline three shows For the “Femme It Forward” series on July 19, July 20 and October 17 in Los Angeles, Concord, Calif. and Dallas.

For those who will be attending, get ready to rock out to some good, soulful R&B music!